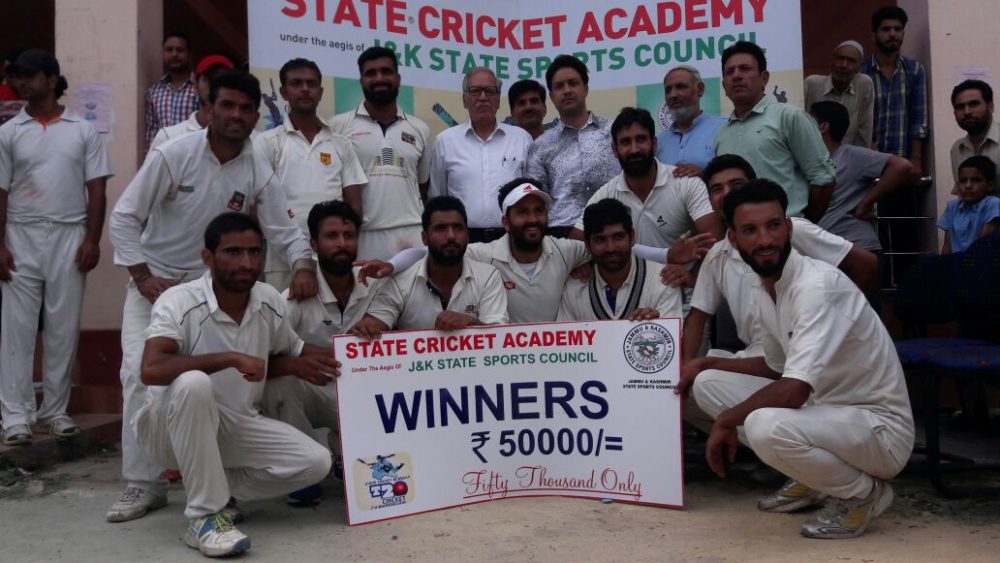 In a lopsided summit clash, Sonawari XI showed skill and nerves to outrace BCC Reds in all three departments of the game. Defending a relatively easy total, Sonawari XI bowled their heart out to limit BCC Reds to 126 for the loss of eight wickets. For BCC Reds Ishtiyaq Ahmad and Mudasir contributed 26 and 24 respectively. Tawoos and Mukhtar Ahmad snared a couple of wickets each for Sonawari XI.

Earlier batting first, Sonawari XI posted a decent total of 155 for the loss of wickets in the allotted 20 overs. Waseem Ahmad was the substantial scorer hitting a 26-ball 54. Manzoor Pandav slammed a quick fire 24 while Bilal contributed 23. Waseem pocketed man of the match for his match winning knock.

For BCC Reds, Ishtiyaq Elahi and Nasir Lone scalped a brace of wickets each.

Hassan lauded the performance of both the finalists and hailed the efforts of local coordinators to run the tournament smoothly. A decent crowd watched the summit clash.

Man of the Series: Manzoor Dar

Man of the Match: Waseem