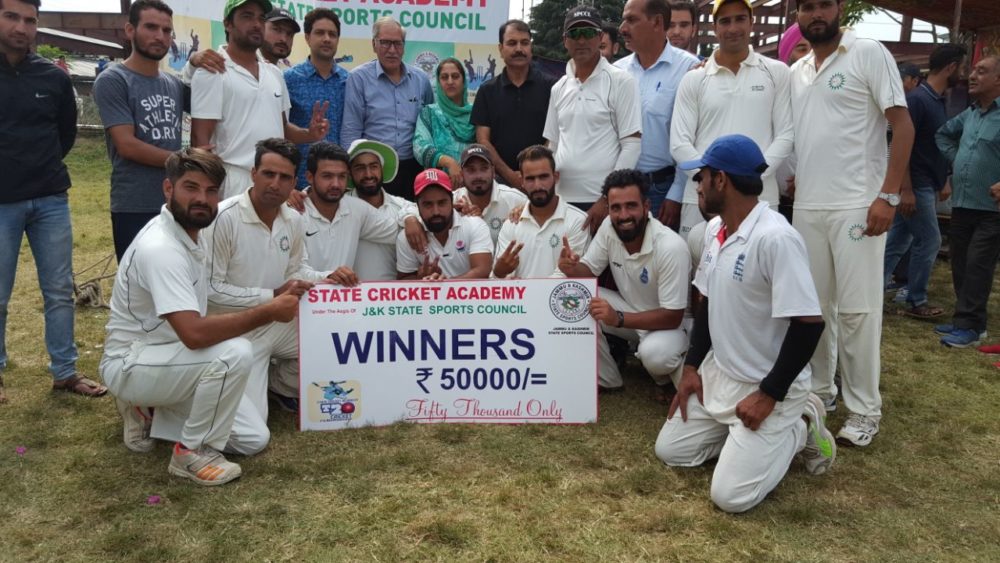 After put into bat, Aharbal Kings posted a decent total of 150 for the loss of five wickets. The Kings’ innings primarily revolved around Shahid Ahmad who scored a terrific 75 to give his side a good total to defend. Inamul Gulzar contributed undefeated 37 in the later stages of the innings. For Shama Cricket Club, Dilawar Pal scalped two wickets.

Shama Cricket Club managed their chase, reaching the target in 19 overs. Farooq Ahmad was the protagonist of the successful making a solid 45. Nadeem Ahmad made 29 not out.
Farooq Ahmad was awarded man of the match along with Shahid Ahmad.