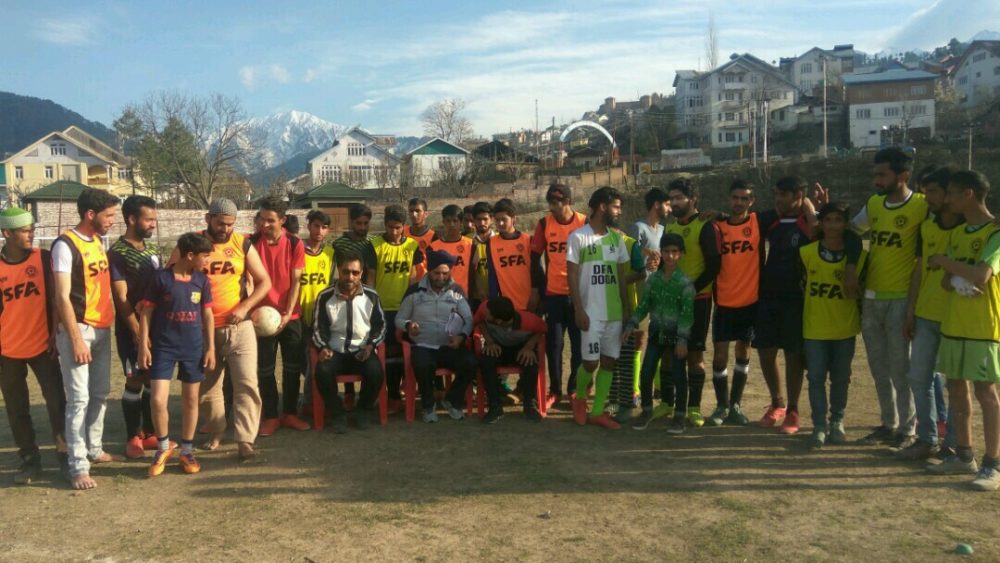 SFA conducts selection trials in Doda and Kishtwar under Mission-22

The trials in Doda were conducted at Degree College Bhaderwah Ground in which almost 90 football aspirants from every nook and corner of the district attended the trials.

Meanwhile, in Kishtwar district, almost 100 enthusiastic footballers of various areas of the district thronged the venue to attend the trials.
Almost sixty footballers under three age categories 13, 15 and 18 respectively could make it in the final selection list after going through requisite criteria.

After the trials the selection penal said that the response in both the districts was overwhelming from aspiring footballers as well as from parents.

“The youth of these districts have immense potential but due to lack of platform they were not getting any chance to unleash their potential,” selection penal said.

“Now the SFA came forward to provide them such platform,” they add.