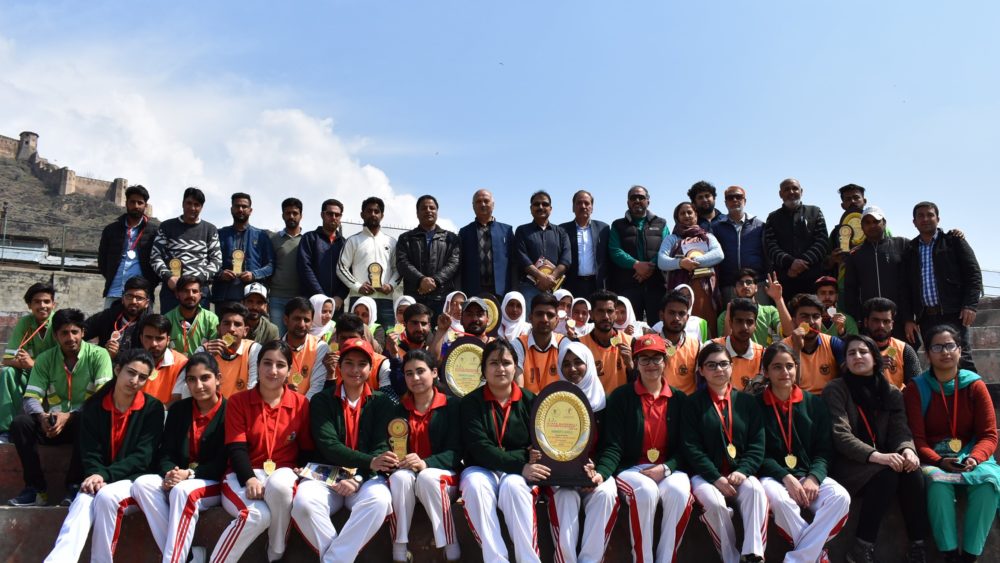 Srinagar: The finals of the 12th State Base  Ball Championship, 2018 concluded at Islamia College ground.
“The championship that began on 17th March, 2018, had a participation of twenty teams of both boys and girls, from across the state.” Said the organizers of the Championship.

“The aim of the Sports Council is to uplift all sports in the state and for that the council is taking all necessary steps. We are hopeful that soon talent from our State will represent the nation in world events,” said Secretary Sports Council.

In the  prize distribution ceremony the guests distributed prizes amongst the winners and the runners-up. Principal, Islamia college, enumerated the contribution of Jammu and Kashmir Sports Council in the development of the game and sports in general. Nazir Ahmad, Joint Secretary JKSSC  addressed the crowd congratulating them and encouraged them to perform better in all aspects of life.