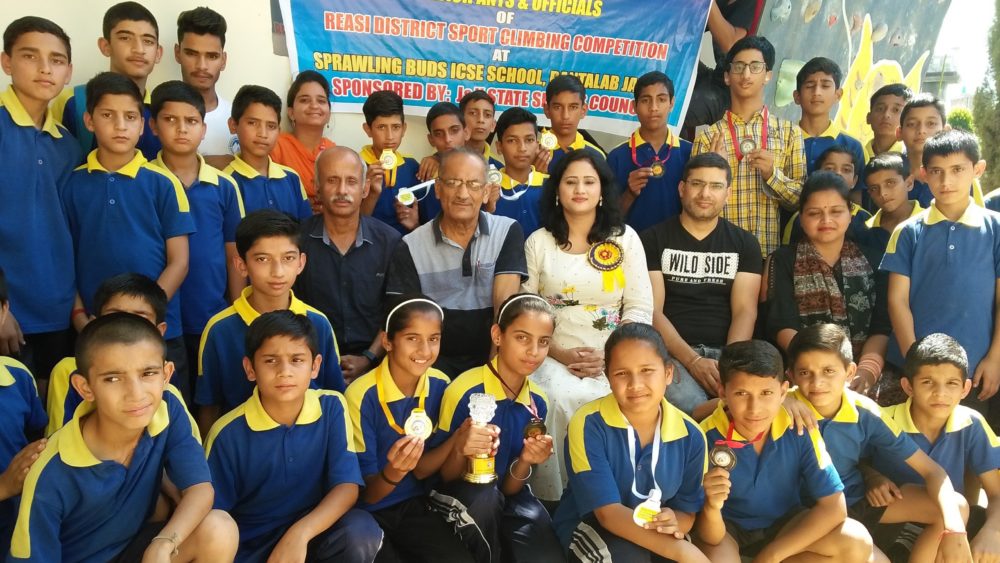 Reasi: Dilbagh Singh of Amba Kids Home, Panthal retained the Sub Junior Boys title of the Reasi District Sport Climbing Championship which concluded at Sprawling Buds ICSE School, Bantalab, Jammu. In a tough contest among 27 climbers, 10 very talented climbers topped the 40 ft high fiber glass wall in the final round and the result had to be determined on the basis of time taken to reach the top of wall. Dilbagh Singh, who has already represented the state in the North Zone Competition, emerged victorious with a timing of 20.54 seconds against Irfan Khan (31.23 sec) and Azeem Khan (35.23 sec) who claimed second and third positions respectively.

In the Mini Boys category Imran Aziz upset last year’s champion Ashiq Ali to claim the Gold medal. In fact, both Imran and Ashiq had topped the wall but Imran had taken less time to do so and thus emerged victorious. The third place in this category was clinched by Usman.

Similarly, in the Mini Girls category there was good contest among the budding climbers especially between Simran Sajgotra and Bharati Devi in which Simran secured the first position. Silver and Bronze medals in this category were bagged by Bharati and Sonia.

It may be mentioned here that since there is no climbing infrastructure in other districts of Jammu province the competitions of other districts also are conducted at Jammu only which prove to be a stumbling block as far as promotion of game is concerned. Meanwhile, it was the third district sport climbing competition organized by the Association this month.

The two day Udhampur and Reasi District championship was organized by Mountaineering Association of J&K and sponsored by J&K State Sports Council.