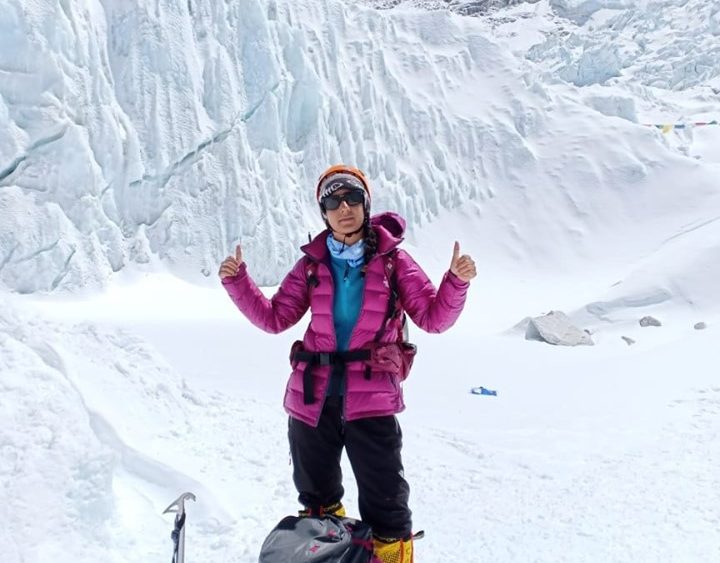 News about Nahida’s successful summit was made public by Transcend Adventures, the agency through which Nahida Manzoor along with her Sherpa Guide Nima Kancha scaled the peak as a part of the Fourth summit in the day. Mountaineer had left from base camp on 18 May 2019 and landed into the record books for her remarkable feat on 22 May 2019.

Divulging further on the preparations of her expedition, Secretary Sports Council informed that his office had taken the suo motucognizance of a report published in state daily regarding the crowd funding of Ms Nahida Zahoor, for an expedition to Mount Everest. The report suggested that the trained mountaineer, Nahid who comes from a humble background is unable to support expedition of her own.

Pertinent to mention that mountaineer had scaled many summits in the past as well, the prominent ones being Mount Mahadev, Mount DioTibba and Friendship Peak in Himachal Pradesh etc.

J&K State Sports Council played an important role in her expedition by supporting her both morally and monetarily. Sports Council and Tourism Department had provided Rupees 15 Lakhs to the mountaineer.