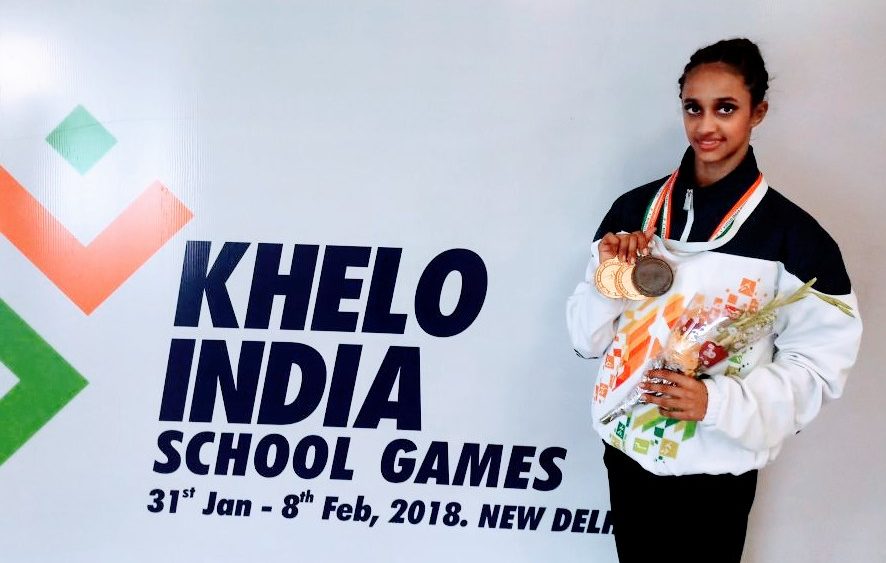 Khelo India was being organized by the Ministry of Youth Affairs and Sports (GOI) in Delhi.
J&K’s 15 year old ace gymnast Bavleen Kour has won 2 Gold and 1 bronze medal in gymnastics on the 9th and the final day of the Sports Extravaganza. Previously Bavleen had clinched a silver medal in the same discipline. With her 4 Medals J&K has achieved 5 Medals in Khelo India School Games.

“It is a proud moment for us that Bavleen has clinched the success in Khelo India School Games and made our state proud”, said Ansari. He further added that, “Our players are shining in National and International games which surely boosts the morale of others to compete and win at such levels,” added Ansari.
A total number of 22 student players from J&K took part in the National Level event which concluded today.

He further added that, “our youth has lot of potential to compete at National and International levels, for which Government will be always at forefront in promoting the raw talent to provide them a platform where they can excel in the filed of sports.”