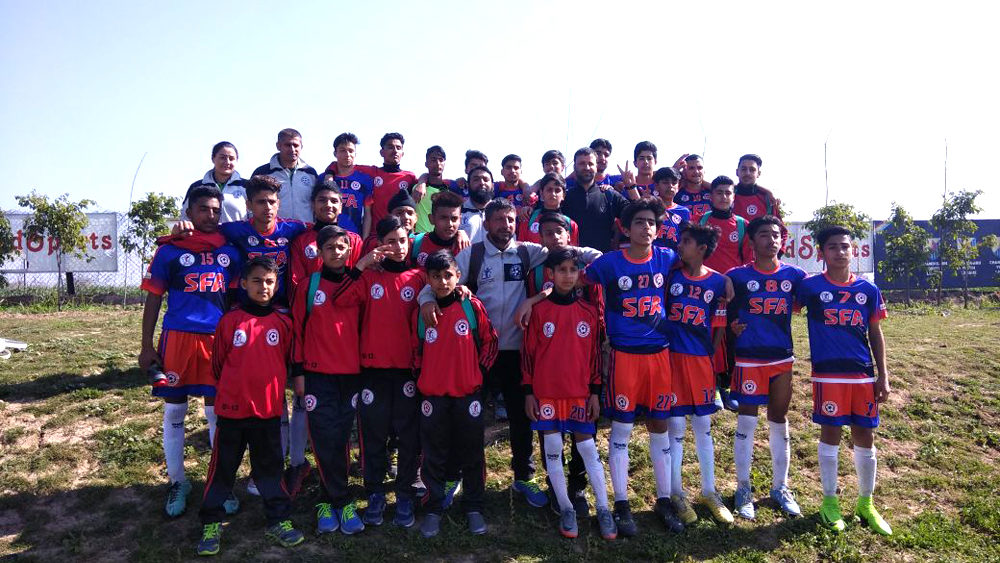 From the beginning of the game, SFA eyed to dominate the opponent goalpost and got several opportunities to smash goal but could not find the back of the net.

Meanwhile, after observing defensive frailties of Real Kashmir, SFA fought in similar fashion and dominated the game besides not providing any opportunity to the opponents.Suhail Ahmad of SFA spearheaded the ball in opponents’ goalpost and the score card read 1-0. SFA foiled many attempts from Real Kashmir who were eyeing for an equalizer but could not manage. The scorecard read 1-0 at the end of the game and SFA registered their first thrilling win against Real Kashmir FC in U-13 Youth League.

Pertinently, for the first time in history JKSSC dispatched its under-13 SFA league team to participate in ongoing Under-13 Youth League at Chandigarh.