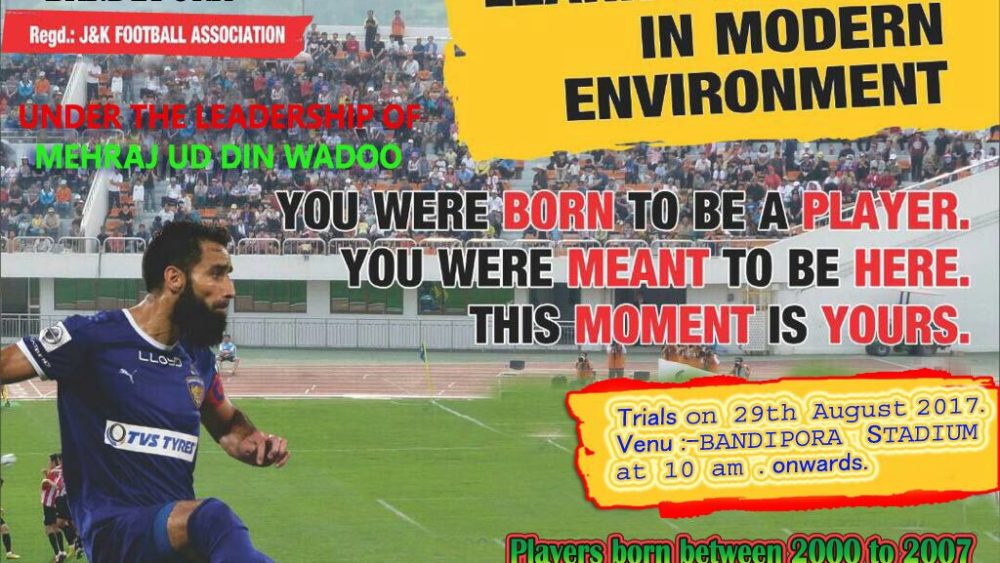 State’s First ever Professional Football Academy is coming to Bandipora

BANDIPORA!!!!
ARE YOU GUYS READY..
State’s First ever Professional Football Academy is coming to your District……
We are setting up our First District Academy setup in Bandipora. Its a great opportunity for the all young players of Bandipora born between the date of birth of 2000-2007 to undergo  the trials & to be part of the next big thing in J&K Football….
Details have been given on the Ad below…
#itsyourtimebandipora
#showuswhatugot