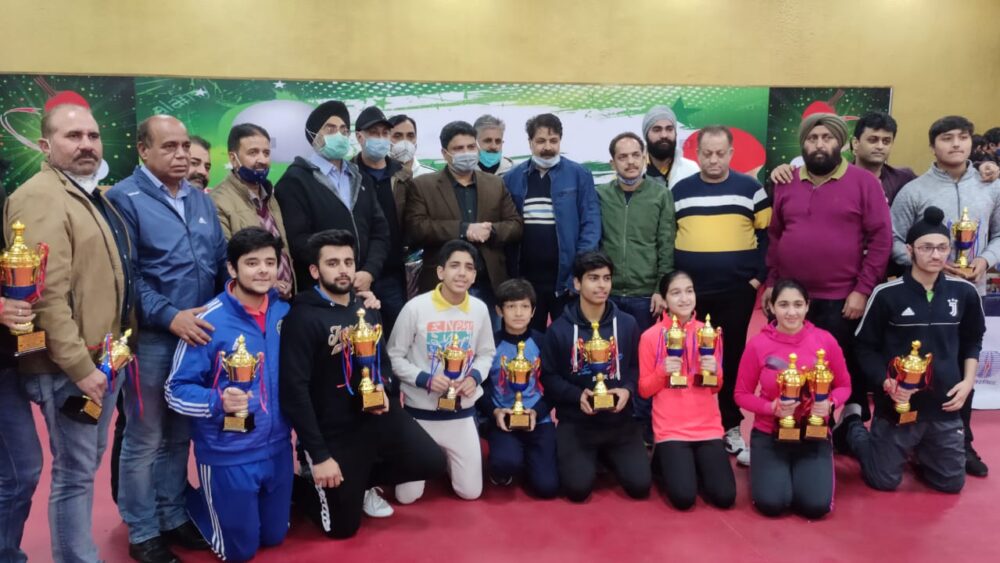 Jammu: Ritvik Gupta defeated Hanumat Sharma 3.2 in the finals of the Men’s Singles, whereas lknoor emerged winner in Junior Girls final defeating Ragini Gupta by 3 games to 2. The Men’s final was a nail-biting contest with both the players giving all they had as the match was stretched to the last game with Ritvik closing on the final point to take the last game 11-9 and eventually the match.

The chief guest on the occasion was Sarmad Hafeez (IAS), Commissioner Secretary, Youth Services & Sports, J&K who witnessed the final match and distributed the prizes amongst the winners. The chief guest himself being a former Table Tennis State Champion, shared his sports journey with the budding players and the practice schedule they used to follow during their playing era. The young players were thrilled to have an ex-senior player amongst themselves. He congratulated the organisers for conducting a successful tournament during these challenging pandemic times and hailed the sportsman spirit and the efforts put in by the participants. Through his encouraging words he wished the players for their future endeavours and also ensured every possible help to the organisers in up lifting the game of Table Tennis in the UT.