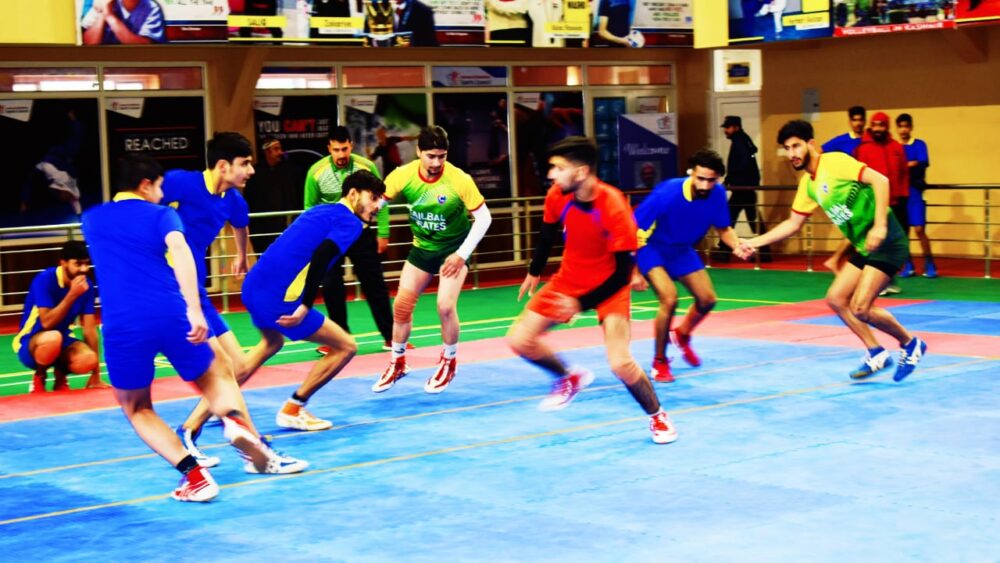 A large number of Kabaddi fans witnessed the matches and cheered for their favourite team. Praising the event all spectators and lovers of the Kabbadi game were happy to see their favourite sport emerging in urban areas as well.

G. G. Gourav, Manager Technical NHAI was Chief Guest on the occasion. He interacted with the players and hailed the efforts put in by J&K Sports Council.

No match has been played in football discipline today due to accumulation of snow on the venue.

The League is being organized by J&K Sports Council in collaboration with respective sports associations.