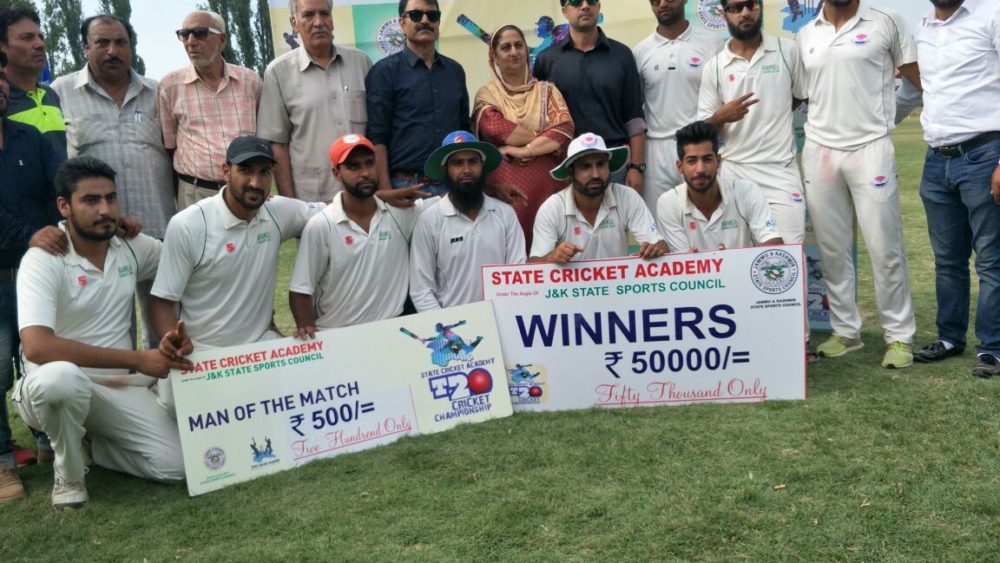 Over in Chenab Valley, Combine Cricket posted a decent total of 160 for the loss of seven wickets in the allotted 20 overs. Chasing a tough target in the all important summit clash, Youth Club batted efficiently to scale down the target losing seven wickets. Mubashir was the star in the successful chase slamming a solid 64 to earn him the man of the match award. Zonal Education Sports Officer Doda was the chief guest on the occasion.

In North Kashmir’s Baramulla district, Varmul XI made a light work of Khawajabagh XI to win the title by eight wickets. Varmul XI did well with the ball to restrict Khawajabagh XI to 125 for the loss of nine wickets in the allotted 20 overs. Shahnaz was the highest scorer, compiling a crucial 56.

Riding on Jahangir Lone’s 65, Varmul XI chased the target without breaking much sweat to win the summit clash by eight wickets. Lone walked away with the man of the match award. A total of 16 teams from various areas of Baramulla district participated in the tourney.

Nazir Ahmed, Joint secretary J&K State Sports Council, Nuzhat Ara, Divisional Sports Officer Kashmir, Mubashir Hassan, Director State Cricket Academy and Publications and Prof. Bashir Ahmed Member Sports Council besides various other officials were part of presentation ceremony. All of them lauded the local coordinators to make this tournament happen and encouraged the players to work harder so that they could achieve their cricketing goals.

Man of the Series: Mudasir Ganie