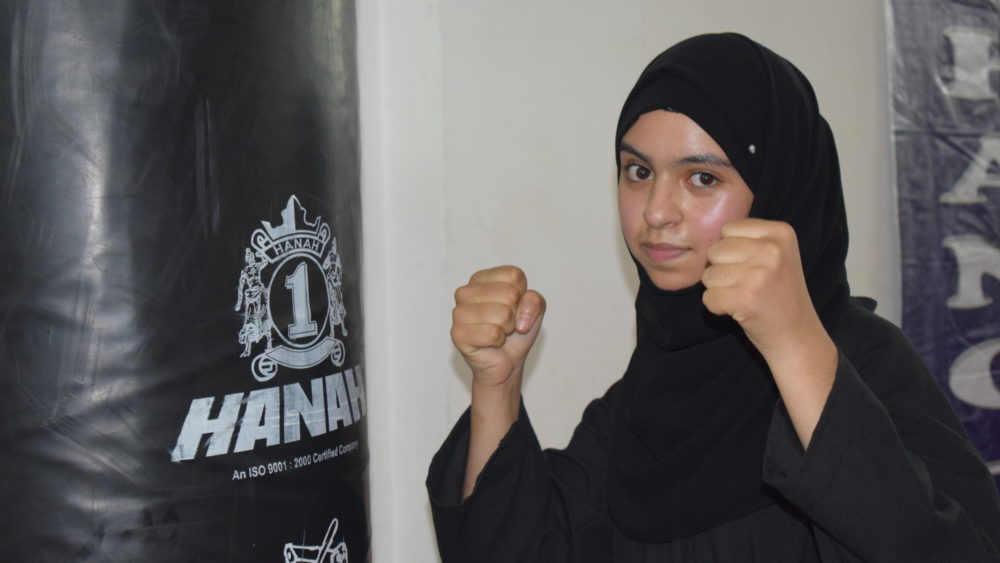 SRINAGAR: Thirteen year old Bareera, a Thang tha player is an inspiration to many. With five gold medals and a silver medal at national, state and district levels, she has won hearts of aspiring sports persons. “I play for entertainment, physical health and self defense. Playing Thang tha has always been a way to enjoy life,” Bareera said.

Bareera believes that Thang tha is not only about a game. It is necessary for every girl as it teaches “self defense” as well. “I always curved to learn self defense. For me, Thang is one of the best ways of self defense,” she said. “I started playing Thang tha when I was 10. Coming for practice to indoor stadium, gives me pleasure.” Bareera added.

Being good in studies as well as games, Bareera always showed her dedication in balancing both education and games. For her, playing Thang tha was not possible without the support and dedication of her coach. “My coach has always worked hard to make every student shine. He always encourages and supports us,” she said.

“I like this game because I can use sword besides kicks and punches as well. All the stunts which a girl needs in self defense are also taught in this game which is the best part of it,” Bareera said.

“I have built a level of self confidence in myself and it is must in every field. If one goes outside Kashmir, then only they came to know about the height of competition” she added.

Adding to it Bareera said that it should be made easy for every student to go for internationals, providing sponsorship’s to students can make it easy for every hard working student to play on such huge levels.