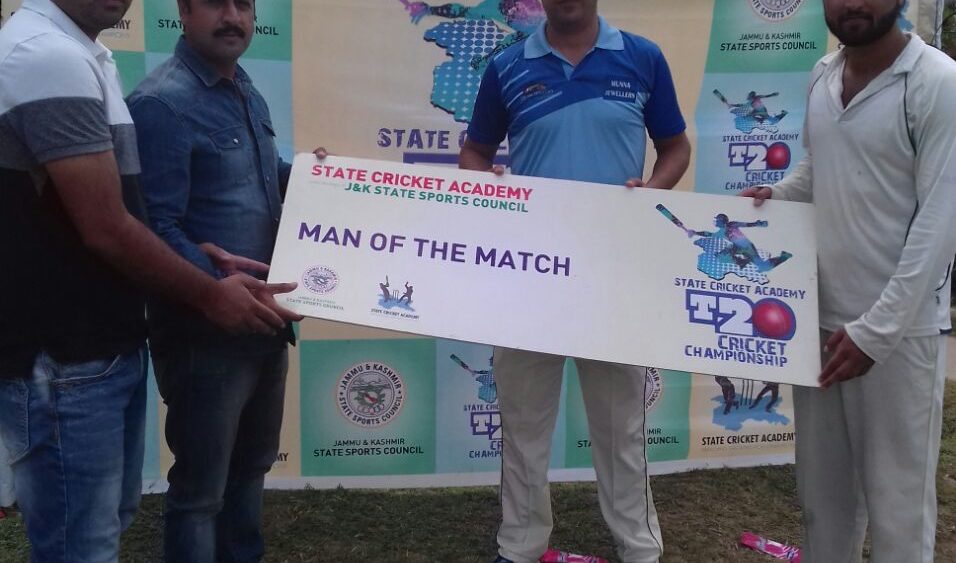 State Cricket Academy T-20 Championship
SRINAGAR: Two matches were played Wednesday one each in Bhaderwah and Budgam in State Cricket Academy T-20 Championship.
In Bhaderwah District, Combine Cricket Club made it to the finals beating United Cricket Club 49 runs. Asked to bat first, Combine Cricket Club managed a massive score of 184 in the allotted 20 overs. In reply, United Cricket Club were bowled out for 135 in 18.4 overs. Mohammad Suhail was given man of the match award for his undefeated 54.
The fixture in Budgam district was going on when reports last came in.