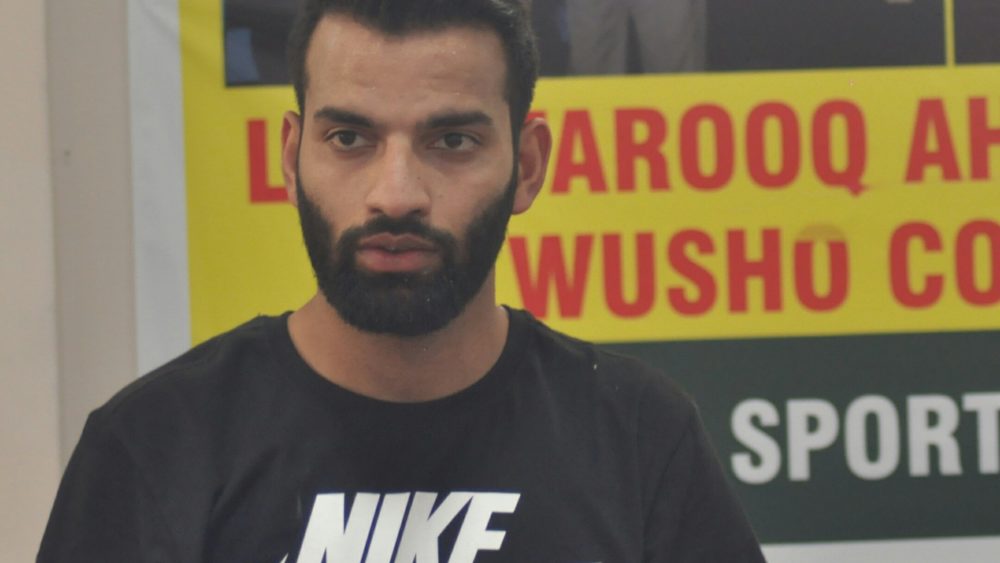 SRINAGAR: “Human progress is neither automatic nor inevitable. Every step toward the goal of justice requires sacrifice, suffering, and struggle; the tireless exertions and passionate concern of dedicated individuals”.

“It was never an easy task to reach the heights of success in Wushu,” Asif Hussain Mir, 25 year old Wushu player.

Struggle from home to making carrier in Wushu, Asif Hussain, a mentor, guide, and a coach has made a remarkable impact in the field of Wushu. “Every sports person needs to struggle in one or other way, in order to achieve the goals of success,” Asif said.

In year 2016, Asif participated in south Asian games test event, where he got silver medal. The event was held at Shillong.  This was his one of the biggest achievements in his Wushu carrier so far.

Asif started playing Wushu back when he was in 6th standard. Wushu or Kicking, punching and throwing has always been a passion for him. “It has always been my passion; I used to practice in late hours, due to which my parents were always concerned for me,” Asif added.

In 2012, Asif remained senior national medalist at Jammu. It was an advance in his confidence. In the year 2013, federation cup held at Haryana, also changed his life. Asif remained a medalist there as well. “It takes lot of courage to reach on such high level,” Asif said.

“It takes so much of hard work dedication and energy to reach on national or international level,” Asif added. He said that lot of people helped him in his life to reach the success levels. “I am thankful to Mr. Mohammad Maqsood, Mr. Kuldeep Handoo, Mr. Aijaz Hassan, Mr. Umer, Mr. Sikandar, Mr. Nazir Ahmad and Mr. Nasir Hussain. These people helped me in my every thick and thin,” he said.

“Hard work and luck equally matters. Sometimes luck favors and sometimes not. I always kept my hopes tight and worked harder for my goal,” Asif said.

Asif received award of honor from district Wushu association Srinagar and recently, on September 9, Asif was awarded with outstanding sports person in Wushu in an award ceremony organized by Kashmir Harvard School.

“My inspiration is my coach, though he is not between us now but he always taught me to work hard and win,” Asif added.

Asif also said that his family is equally responsible for his success in this field. “My parents always supported me. At first, there were some problems but later on they understood my passion for Wushu and supported me,” he further added.