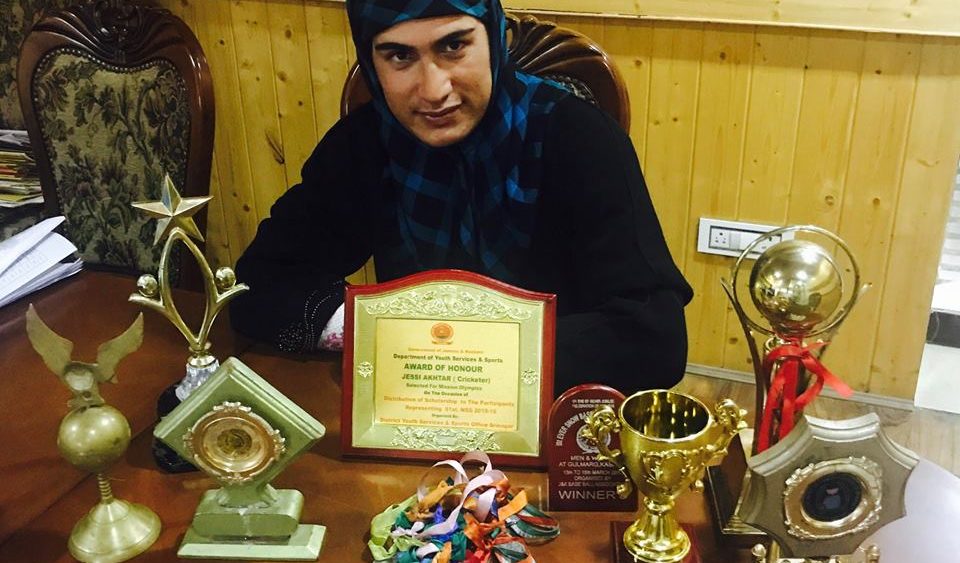 Jasia has to report for the camp at National Cricket Academy on September 18. She is first ever female cricketer from Kashmir to get selection for the camp. She is second overall in J&K after Roopali Slathia

SRINAGAR: Jasia Akhtar on Sunday became first ever female cricketer from Kashmir and second from J&K to get selection for the Indian women national cricket camp.

Jasia Akhter a girl from Braripora, Shopian is the best all rounder female cricketer the state has ever produced. She has made the state proud by her achievements in the game. Jasia as a student has participated in many National Level events between the age groups of 17 and 19 in various sports disciplines like Cricket, Softball and Kabaddi in the National School Games held under School Games Federation of India. She then chose to go ahead with Cricket and in turn turned out to be the best in it by achieving what no other girl from the valley achieved.

For the year 2012-2013 she was selected for All India North Zone Cricket Team from J&K State.

Jasia was then spotted by Punjab Cricket Association and was made a team member for T-20 Interstate Tournaments in which there team emerged as winners and she made her mark by being the highest scorer. After this she was also selected for the All India North Zone team from the state Punjab where there team remained runners up of the tournament.

One of the biggest achievements of this girl was when she was selected by Rupali Bank Women Cricket Dhaka, Bangladesh as team member to participate Dhaka Premier Division Women’s Cricket league in the year 2014-2015 where Jasia was the highest scorer of the tournament.

She was also selected for the India Camp that was scheduled to be held from the month of September, 2016.

Big Congratulations and Applauds to Jasia Akhter from J&K State Sports Council who despite all odd’s has such remarkable achievements.