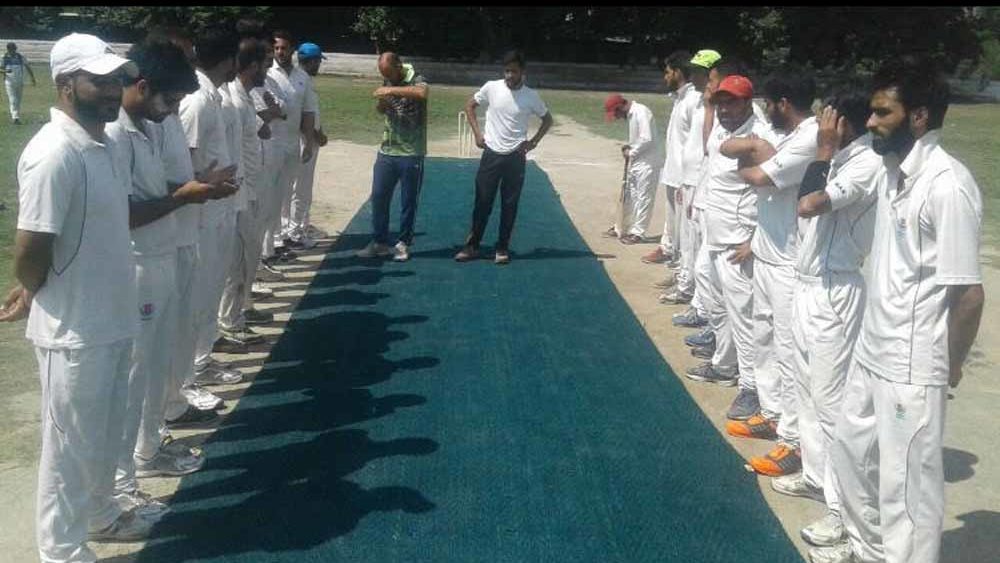 SRINAGAR: The much awaited State Cricket Academy T-20 Championship got off to a rollicking start Wednesday with as many as nine matches played across the five districts of the valley.

Hilal CC Tukroo were up against SUCC Reds with former overpowering latter in one-sided affair. Batting first SUCC Reds posted 132 for the loss of eight wickets in the allotted 20 overs. Hilal CC chased down the target in just 16.3 overs. Asif Najar walked away with man of the match award for his all-round display, scoring 32 runs and taking three wickets.

Aharbal Kings had better off Lions Cricket Club Pinjura. Batting first LCC Pinjura were skitlled out for a paltry 103 and Aharbal Kings didn’t have to sweat much reaching the target in just 14.1 overs. Inamul Haq pocketed three wickets to get man of the match award.

The only game that was played in district Kupwara was won by Handwara Sports who beat Kulangam Riders by 17 runs.

In central Kashmir’s Ganderbal district Saloora thumped Manigam by 76 runs in the first game of the day.

Director SCA and in-charge tournament Mubashir Hassan said that the main purpose of the tournament was to take the sport to the grassroot level.

“We want to take the game to those areas which have been untapped over the years. We would like to see our young players instill competitiveness from an early age and this tournament is a step in that direction. We have got a massive response to the tournament and hope it lives to its billing,” says Hassan who heads SCA.