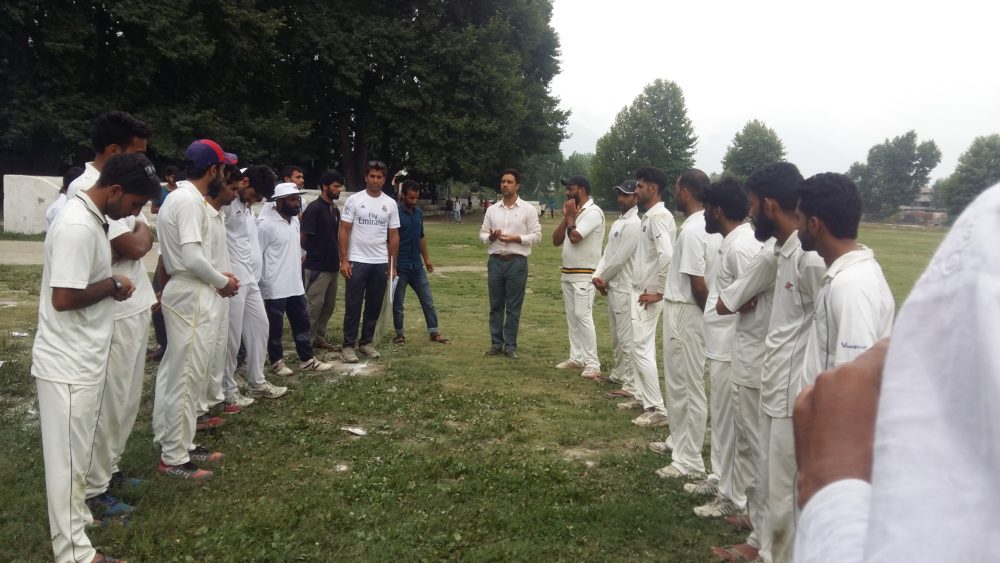 SRINAGAR: After having a rest day on Friday, State Cricket Academy T-20 Championship returned to action Saturday with as many as ten matches played across five districts of Kashmir.

In Central Kashmir Ganderbal district, Valley Hunks beat Vadiye Kashmir comprehensively by 73 runs. Batting first Hunks made a mammoth 213 for the loss of eight wickets in 20 overs. In reply Vadiye Kashmir managed only 140.

Owais walked away with man of the match award for his all round show taking four wickets and scoring 26 runs.

Ariz was unsurprisingly given man of the match award.

The district Shopian fixture saw Shama Cricket Club beat Paradise Cricket Club in a lopsided affair. Batting first Paradise were shot out for a nothing 106 and it took SCC just 12.3 to overhaul the target.

North Kashmir’s Baramulla fixture involved Downtown XI and Wullar XI which was won by the former by five runs.

Batting first, Downtown XI made 125 and followed up with a terrific bowling show to restrict Wullar XI to 120 to make it to another round.

The tournament-organized by J&K State Sports Council’s State Cricket Academy- has been a massive among the cricketers.