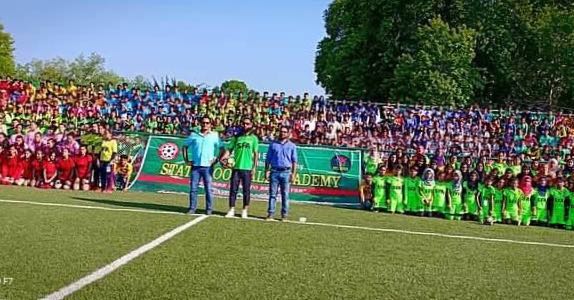 The rating was done after assessment of documents that were submitted by J&K State Football Academy besides subsequent inspection conducted by Academy Certification under the Non-Residential Criteria.

Executive Officer and Spokesperson of SFA said that with full support from Jammu and Kashmir Football Association they have got 3-star rating from AIFF after successfully qualifying Academy Accreditation process which was followed by physical inspection.

“It is an honour to share the rating with leading football giants of the country that too in its 2nd year of existence,” he said.