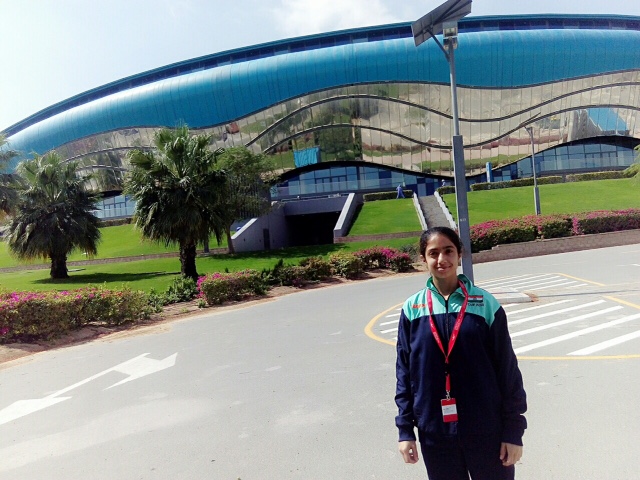 International player , Shreya Gupta, a class 9th student of Presentation Convent School and an ace fencer of  J&K has been selected to represent India in upcoming Junior & Cadet Fencing Commonwealth championships at Newcastle in England to be held from 23rd july to 30th July, 2018. Shreya secured her place in the team in swashbuckling manner by securing no.1 ranking in selection trials in Sabre event of Cadet Category held on 11th June, 2018 at WTC SAI, Aurangabad, Maharashtra . She topped both in pool and knockout stages of the selection trials.

It is pertinent to add here that Shreya qualified for selection trials because of her excellent performance in 19th Sub-junior and 14th Cadet National Fencing Championships held at Gwalior in Oct. 2017 wherein she won 3 gold medals and one Bronze. Besides, she was also declared as the best Fencer of the championships.

Shreya has been continuously winning medals both at National and State levels and thus making the state proud. Recently she was honoured by J&K state Sports Council secretary Waheed ur Rehman Parra for her extraordinary achievements.

Shreya gives credit of all her success to J&K state Sports Council coach Shotu Lal Sharma and international player and refree Rashid Ahmed Choudhry. Meanwhile, J&K Amateur Association has congratulated Shreya Gupta on her selection and wished her best of luck for the championship.