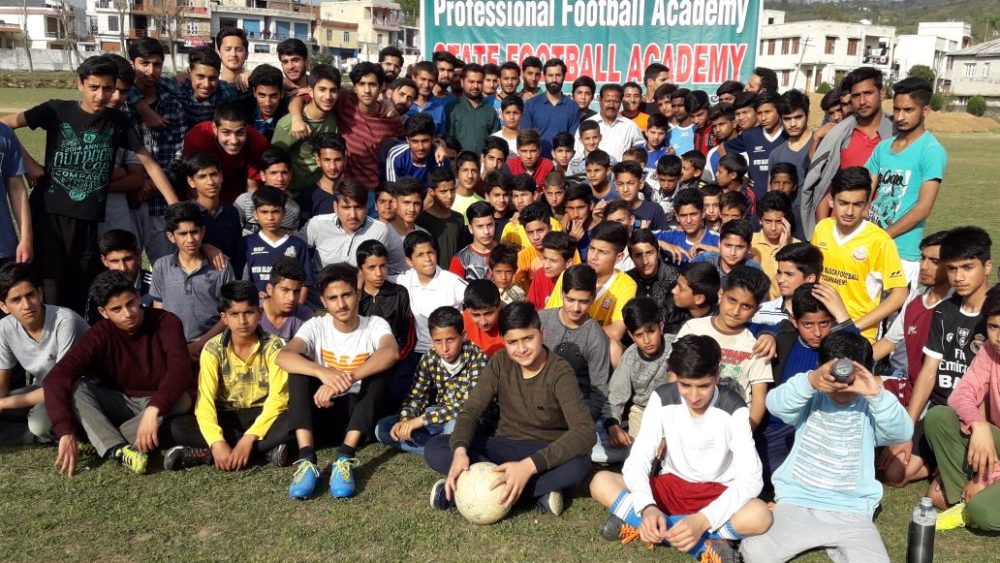 Almost 110 football aspirants from every nook and corner of the district attended the trials.

Sixty-five probables under three age groups, 13, 15 and 18 respectively were shortlisted on requisite parameters.

The trials were conducted under the supervision of senior coaches of JKSSC, Javed Ahmed Sofi, Vishwamitra and SFA Coach, Arun Jasrotia.

Javed Ahmad Sofi said that the response was overwhelming from aspiring footballers as well as from parents.
“The youth of Rajouri have immense potential but all they need is platform to prove their mettle and SFA came forth to provide them such platform,” he said.

During the trials, the parents who were accompanying their children expressed their joy and said, “It’s a dream come true that SFA has marked their footprints in Rajouri as the youth of the district hardly gets platform.”

“Now we believe that the children of Rajouri will get opportunities in future as they got associated with professional football academy,” parents said.

Moreover, SFA will likely conduct trials in pending three districts of the state likely from next week to complete the target of Mission-22.