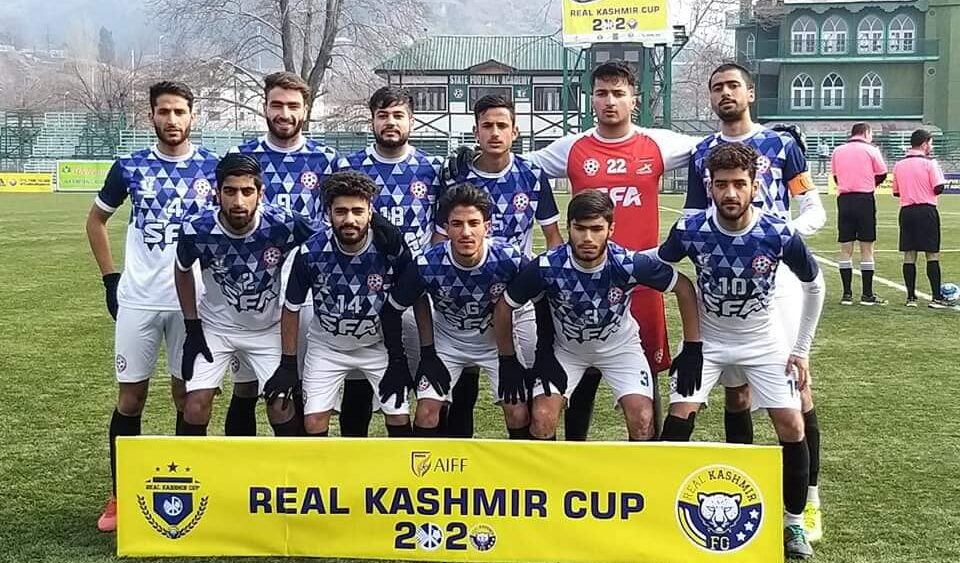 Srinagar: Sports Council Football Academy (SCFA) young guns delighted the crowd with an emphatic performance dominating the proceedings and registering a 3-0 win in the opening game of Real Kashmir Cup 2020 against Novelty FC.

The game started neck and neck with both teams having a go. Three U15 players started for SCFA with an overall squad age U20 while Novelty side was fielded two foreigners and good bunch of players. SCFA took the lead with a fantastic free kick from Mohsin who slotted the ball in the top corner. In the second half again SCFA boys lifted the crowd when Afreen cleverly ran on the far post past many players to score the second goal. Afreen then scored his second goal with a header that landed in top corner to give an unassailable lead of 3-0.

Two more U15 boys Ubaid and Arsalan from Baramulla and Pulwama were handed debuts in the game which has been the philosophy of the academy.

SCFA will play its next match against Downtown Heroes Football Club.