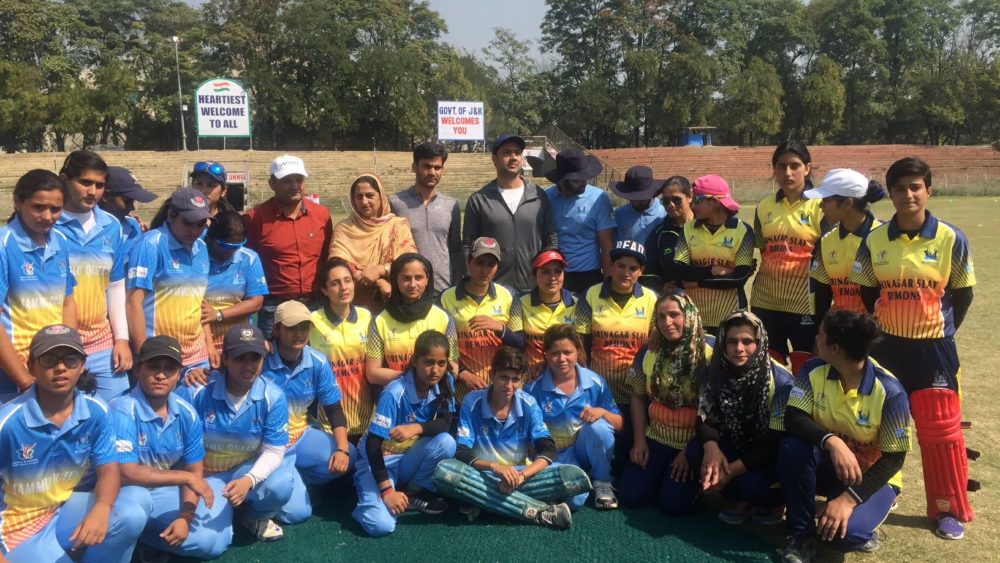 Jammu Queens thump Srinagar Slay Demons in tournament opener
SRINAGAR: Jammu Queens beat Srinagar Slay Demons by 55 runs in the opening game of State Cricket Academy T20 Championship played at Bakhshi Stadium, Srinagar on Saturday.
Batting first, Jammu Queens put up a decent show with the bat posting a score of 151 for the loss of five wickets in the stipulated 20 overs. Heena Bhat was the highest scorer making an undefeated 60. Sanjana was another substantial contrbutor scoring 26.
Chasing 152, Srinagar Slay Demons were bowled out for 96. Phool Kumari was the star with ball for the winning side taking four wickets. Heena Bhat was adjudged player of the match for her game changing knock.
As many as 12 teams across the state are participating in the event which is being organised by J&K State Sports Council’s State Cricket Academy.