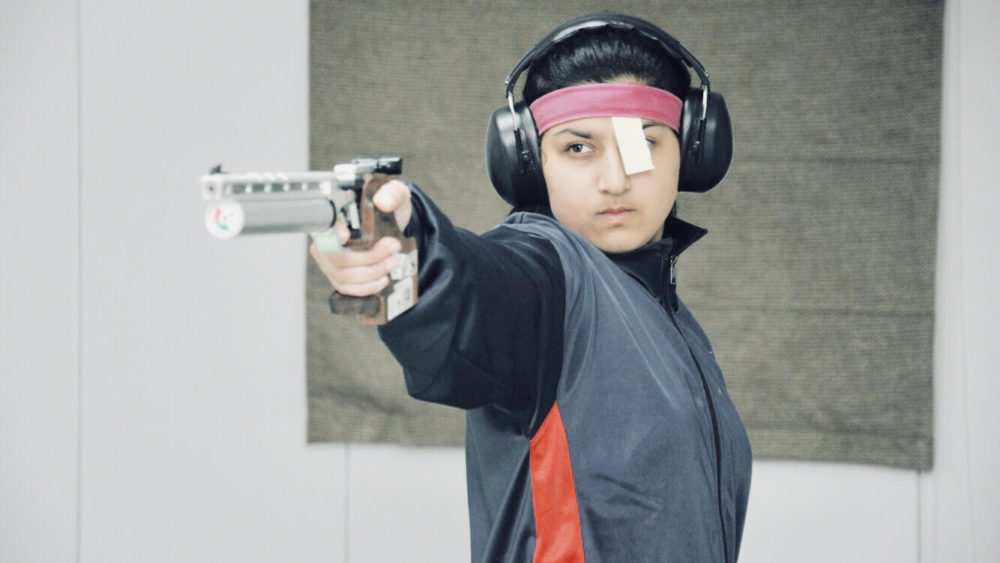 Her attention caught by the small shooting range in a local fair, there her grandfather spotted the talent of shooting in her. Shooting balloons naively but craftily from the age of seven has made her won, five gold, five silver and two bronze medals and many more certificates till now.

In year 2009, when Kavya was just seven, she started doing Martial Arts and got her diploma in the year 2014, in it. In October 2012, Kavya participated in 12th national martial arts championship and got a gold medal.

In 13th national martial arts championship, held in December 2014, she got a silver medal. In the year 2014, Kavya got her diploma by SCKF (Shotokan Chidokan Karate Do Federation India).

Dedicated towards reaching her goal, Kavya has already started attaining the stairs of success. In August 2015, she won a silver medal in district championship and a gold medal in state shooting championship.

This was not enough; in September 2017, 27th All India G.V Mavalankar shooting championship was held at Mumbai where she won two gold and a bronze medal in senior women, youth women and in junior women category similarly.

15 year old Kavya’s dedication and ability has made her to achieve a lot in 10 M air pistol shooting and a lot more is yet to come.