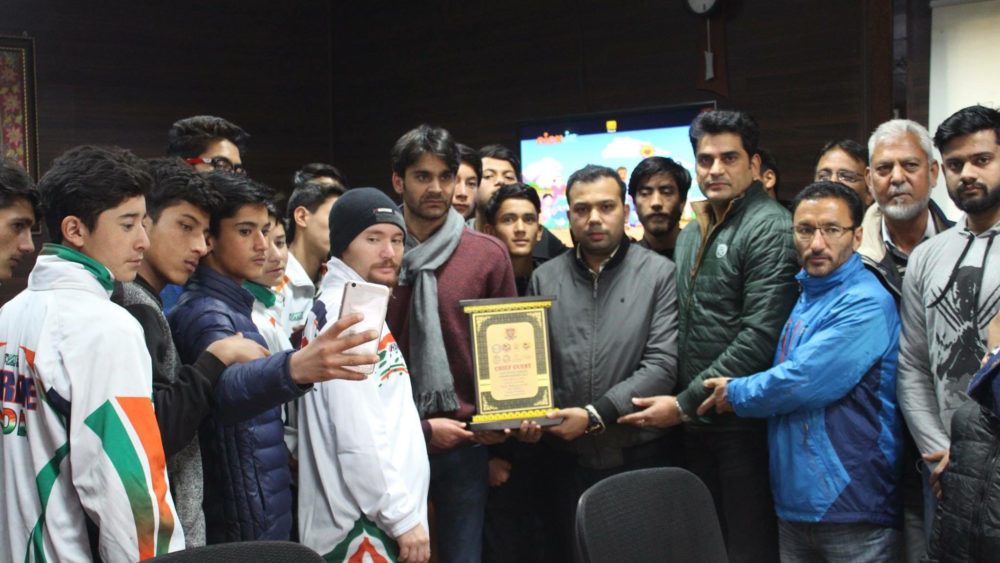 Karate Players from Kargil along with Vice President Mr Rahil Gupta and General Secretary Ambedkar Gupta  met with Mr Waheed Ur Rahman Parra Secretary Sports Council at his office and presented him with a sovinar and also  thanked  him for his support to Karate sport especially during the J&K STATE KARATE CHAMPIONSHIP, 2017 SUB JUNIOR, CADET, JUNIOR, SENIOR which was successfully concluded here at M.A. Stadium, Jammu.
The three day Championship was organized by Amateur Karate Do Association of Jammu & Kashmir (AKAJK) in which  more than 700 participants from 18 district participated.
Secretary Sports Council congratulated the Association and players for the successful conduction of the championship he also appreciated Mr Ambedkar Gupta WKF qualified coach for his hard work for
The promotion of Karate through out Jammu and Kashmir state and also gave his best wishes to all the medal winners for upcoming KAI Nationals in 2018.