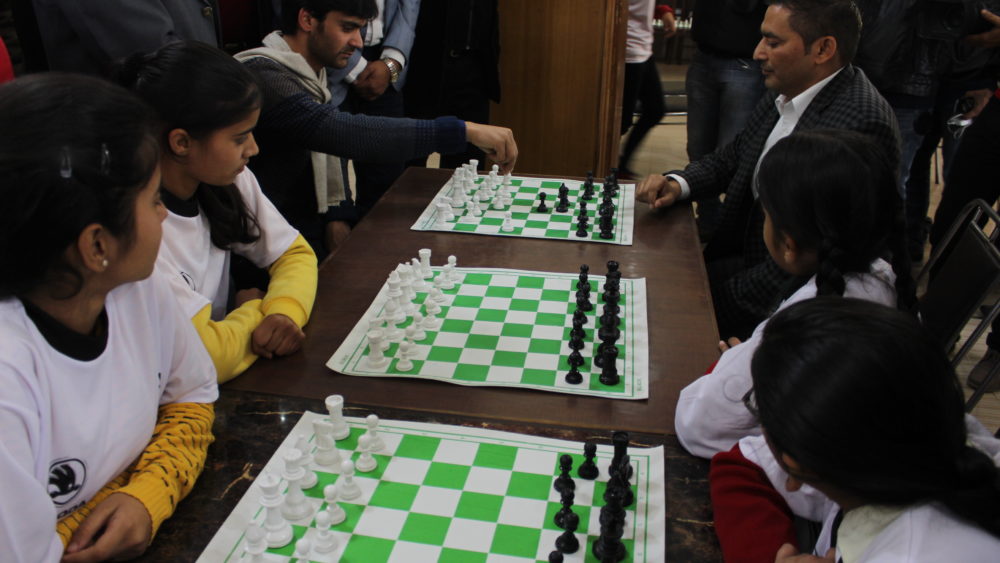 JAMMU: To give fillip to chess in Jammu and Kashmir and provide platform to the talented players to showcase their skills at the higher levels, All J&K Chess Association organized Chess Championship in Jammu from December 7 to December 10, 2017.

This was informed by Atul Kumar Gupta, President of All J&K Chess Association while interacting with media persons.

He said, forty players were selected and the venue was made Press Club Jammu.

He further said, only J&K State players participated which was played in round robin system as per International rules of chess.

Secretary, J&K State sports Council, while tweeting write that, “chess teach you how to think not what. We must ensure students play them to think” (sic).