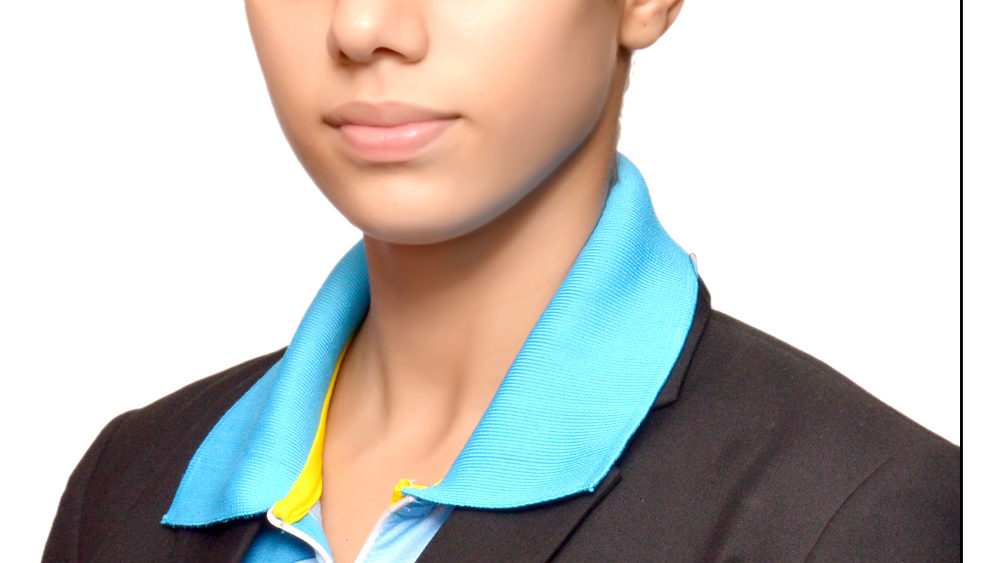 Being a gymnast is not easy. You live in constant fear.

Fate is essential when you talk about achieving your dream. If you are meant to do something, that vocation will find you whether you plan it or not. That does not negate the importance of hard work, though. You can scale significant heights as a result of determination and resilience but that Fate gives you that little extra push, and that’s what makes things magical.

Gymnastics wasn’t planned. It was something that just happened at an age when I was too little to even think about making plans. I was 6, and I used to accompany my sister for her skating practices. That was where my inclination was. I used to go to MA Stadium in Jammu with my sister, and that was when I was first noticed. I haven’t looked back since.

Immediately, I took to it like a fish takes to water and then started practising under the guidance of notable coaches like Mr SP Singh and Mrs Manisha Gupta. They were the ones who had taken it upon themselves to speak to my father and convince him that my body type and strength were perfect for a Gymnast. But they put me in Artistic Gymnastics.

It was not until 2004 that my current coach Mrs Krupali Patel Singh noticed and observed me and it was she who gradually shifted me from Artistic gymnastics to Rhythmic gymnastics in the year 2006. This was another clinical decision in my career without which I probably wouldn’t have achieved the same glory that I have today.

Krupali Mam is the youngest woman Arjuna awardee in India. She was just 18 when her name was featured on the Arjuna list in 1989. So when she started taking a personal interest in me and my progress, it motivated me to do better and set newer targets for myself. She is a role model for me and all the budding gymnasts in Jammu. In fact, I would go as far as to say that hers is one of the most influential efforts when it comes to keeping Gymnastics alive in the state.

The thing about these marginalised sports in India is that you need to always prove your worth first before you are noticed by your country. Gymnastics is definitely a growing sport in India. After Dipa Karmakar’s tryst at the Olympics, more and more young people have come forward to take it up. But here’s the thing. Artistic Gymnastics is rising. Its lesser-known counterpart, Rhythmic Gymnastics, is still stuck in a rut.

Jammu has always been a forerunner when it comes to Rhythmic Gymnastics. If you look at this year’s Khelo India School Games, the star performer there was Jammu’s Bavleen Kaur. She’s my junior and a very promising talent. What makes her achievement even more special is that she managed the feat with minimum possible support.

Like I said. Jammu has been leading the way in Gymnastics for quite some time now. Look at my seniors, and now we have girls like Bavleen. Despite this, the state’s infrastructure when it comes to supporting the discipline has been woeful. To get our moves right, it is necessary that we practice on proper teak floors. That’s how we get the bounce we need, and it also makes things a lot safer. For the better part of my training in Jammu, I noticed that all we were given were Judo mats. It’s not the same. Because it’s not completely solid ground, you don’t land on your feet correctly if you’re given Judo mats. There’s a significant risk of injury and subsequently, a more substantial risk of your career ending.

That was a bad phase. And sadly, this lack of official support has persisted despite numerous complaints and letters which were written to the Board. Now, however, there’s Waheed Ur Rahman Para at the helm of things at the State Sports Council, so I am a little hopeful that things will pick up. He is a competent and capable administrator, and he has pulled us out of tight spots before.

See, encouragement is vital. I began by saying that hard work is only one aspect of success and I stand by that statement. There are several factors which need to come together and abet success. Fate is one of them. Support and encouragement are others.

Initially, I used to train in Bangkok when I was just 11. So for me, I have seen the difference in infrastructure when it comes to comparing India and Thailand. There, they train young children keeping the context of a future Champion in mind. No one is coached just for the sake of it. They are coached because they are trained to be winners. That attitude matters. You cannot expect medals if you do not take the sport seriously and adequately harness the enormous talent that the state undoubtedly has.

Ever since I was a little child, even before Gymnastics found me, I have been told that I used to be quite a playful kid- restless and far from being quiet. To take a precocious child like that and recognise the potential in her is no mean feat. I mean, where would I have been if my coach had not spotted me? Where would I have been if I was not given the support I so needed from my family?

Today, the name Palak Kour Bijral is a known name in the sporting circuit only because of a combination of things. The right thing happened at the right time. The right people stood by me when I needed them the most.

Being a gymnast is not easy. You live in constant fear of injury, and one false move may put a complete end to your career and recovery is often impossible. The thing to keep reminding yourself is to carry on. Failure is a state of mind. If you accept defeat in the face of obstacles even when you know that you have not tried your best to overcome it, half the battle is lost. Sometimes you just have to be obstinate. When trouble hits you, you need to decide that you will get past it. That’s how you get the strength.

Once, an ankle injury put a severe dent in my performance. It was a National Championship and I managed just four medals and narrowly missed out on several others. It was a depressing time, sure. But did I let it overcome me? No.

The most prominent life lesson comes from my father. Through his constant support, he has taught me never to give up. So if you have several people who are ready to see you through thick and thin, losing hope would be letting them down. And that is the last thing I want to do.

My journey is far from over. Each new day is the beginning of the rest of my life, and the only aim is to set higher benchmarks for myself. Someday Rhythmic Gymnastics shall get its due and only then shall my journey have reached its ultimate goal.