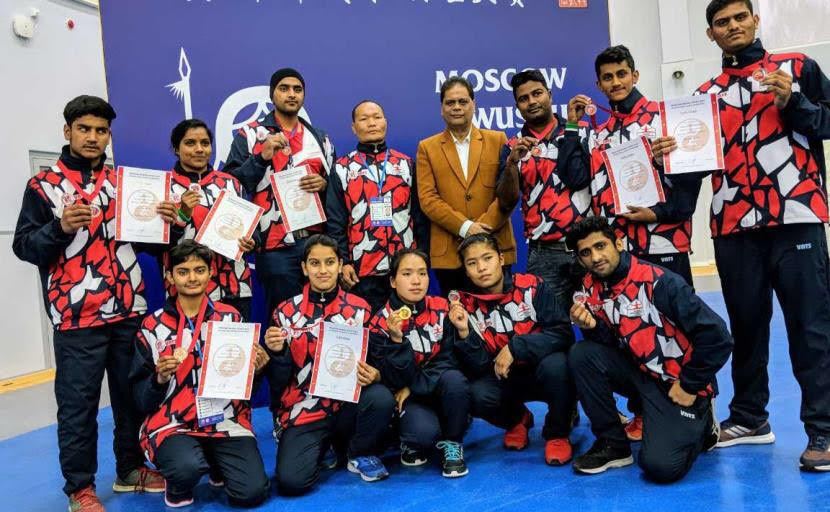 Represented by J&K’s four players including the duo of Abhishek and Hashim, the 24-member Indian Wushu team won 17 medals in Moscow Wushu Stars Wushu Championship.
The medals included 3 gold, 5 silver and 9 bronze.
Abhishek  Jamwal secured silver medal, while losing to Armania  in the finals. He is equipped with 9 medals in the National events of Wushu presently working as coach in the J&K State Sports Council.
Hashim Ashraf of Budgam also secured silver medal in under-17 years category, losing to Russia in the finals. He recently secured silver medal in the National School Games held in Jammu. The other two players Hamid and Umar Bhat could not earn medals for the  country as both of them lost quarterfinals bouts.
Kuldeep Handoo, Chief coach of India lauded the efforts of the players of Indian team, especially Abhishek and Hashim for making the country and the state proud.
He also congratulated Nissar Ahmed, Secretary District Budgam for the achievement.