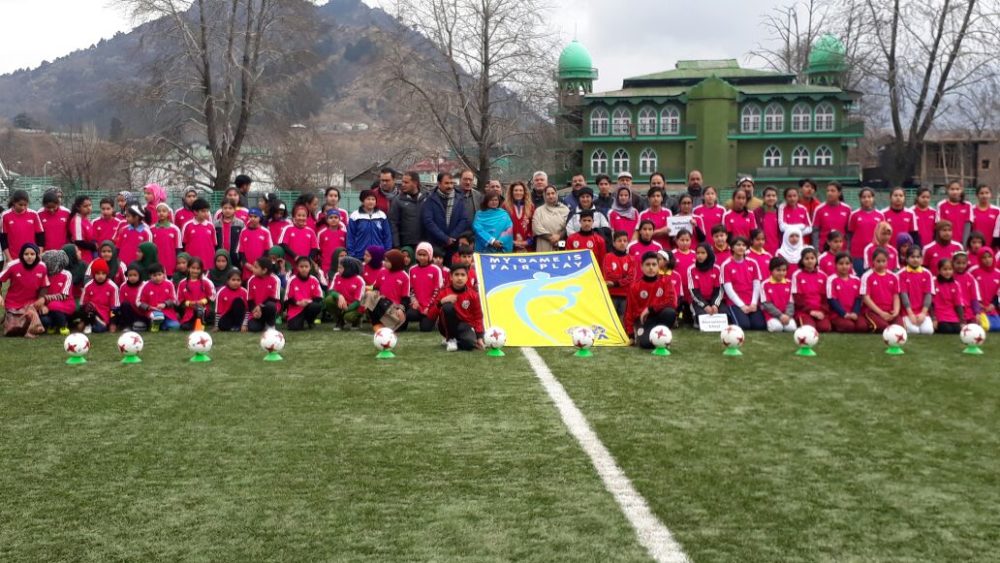 Almost12 teams of various schools are participating in this tournament which is played on knockout basis. During the first day eight matches were played in which Baramulla School, International School, Mallinson Girls School, and Bandipora made it to Semi-Finals.

While presiding the event, Joint Secretary Nazir Ahmad hailed the initiative taken by SFA for holding such tournament.

“With such tournaments it will boost girls to play football besides it will help for the development of football at grassroots level,” he said.

Moreover, the qualified teams will face each other in Semis which will likely be held on Monday at the same venue.