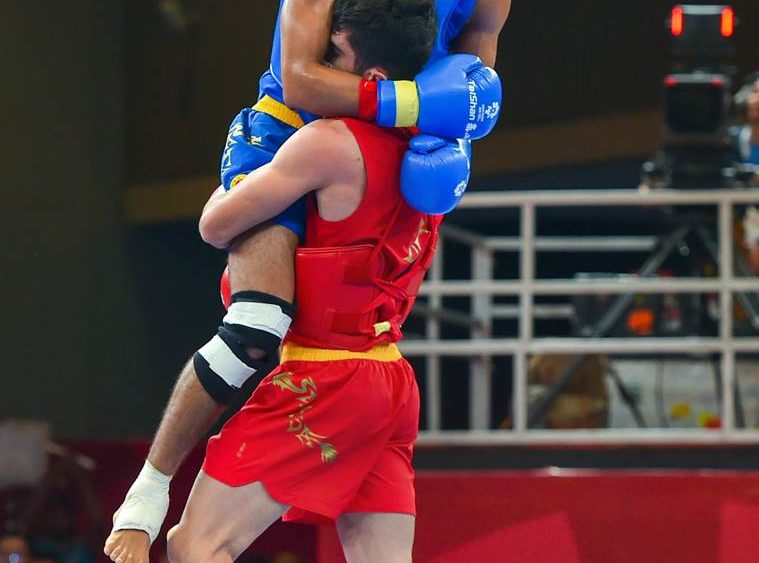 Asian Games 2018: India’s four-bronze haul in wushu includes one from unlikely hub in Jammu and Kashmir

India’s 4 bronze medals means that when Wushu Festival planned for J&K next year takes off, four athletes will be treated like stars.

It is uniquely important in wushu to excel in Asian Games even if you have won a World Championships medal. It is for this reason that the state of Jammu and Kashmir will celebrate the Asian Games medal that came through Bhanu Pratap Singh, a 22-year-old son of a former Bharat Kesari wrestler Balkar Singh from village Roopnagar in RS Pura near Jammu.

India’s 4 bronze medals — double its Incheon tally — also means that when the Wushu Festival planned for J&K next year takes off, four athletes will be treated like stars in a sport that’s taken off steeply in the northern state. 5,000 wushu practitioners are expected to arrive in Srinagar as the game sets to ride the Asian Games wave soon after India returned with its largest haul.

It has taken off in Jammu and Kashmir as a mode of self-defense, though Bhanu recalls how his years of mischief-making and picking fights ultimately led to his parents packing him off to wushu.

“I would often end up fighting with elder children and my mother would scold me. National coach Kuldeep Handoo’s village is near mine and I started wushu in my school,” he recalls.

With the wushu centre in Jammu, Bhanu along with his fellow team mates would travel by bus. But whenever there were strikes, they had to rely on lifts from other villages or urge share-taxi drivers to drop them the last 2-3 kms.

Curfews and violence, tensions and riots — wushu rookies would brave them all for a sport that the state has warmed upto in the last 10 years. It’s not like the state is brimming with infrastructure necessary to grow the sport. Mats are absent in most centres. “Getting our own hall is a problem and we often had to wait for our turn to train at judo halls. Perhaps, these medals will change things for Indian wushu,” Bhanu added.

Narender Grewal won a crucial medal at the Incheon Asiad, though Bhanu, the 60 Kg Sanda bronze medallist, dreams one day of becoming a UFC star.

The Indian team finished at the third spot in overall medal list behind China and Iran and ahead of countries like Phillipines, Korea and Thailand that started much before India. Competing in back to back bouts in three days was something which took a toll on players, but this was a much improved performance, coming after a two-month stint in Beijing — the home of the sport. India had also won four silver and five bronze medals in last year’s Asian Championships apart from one gold and four bronze medals in World Championships in Russia.

In Jammu and Kashmir alone, 20,000 players have pursued the sport and more than 500 girls train in places like Bandipora and Kupwara.

India’s most exciting medal though came from Manipur’s Roshibina, a farmer’s daughter who fell just 1 point short of upsetting a Chinese opponent. Fast-tracked into the Indian team after she won gold at an Asian meet and wiped out the entire senior field in India, Roshibina did well to knock out an opponent from Pakistan and come close to beating a Chinese at just 17.

“When I first won a bronze in Junior Worlds in 2016, my parents would tell other villagers about my achievement. The gold medal in world junior wushu championships in Russia in February too was a huge thing for my parents. But Asiad is the biggest gift for my family. They have never seen me compete on television but I am sure they were able to see me fight today,” shared 17-year-old Naorem Roshibini Devi the women’s sanda 60 kg bronze winner.

“There’s many martial arts in Manipur or J&K. But only wushu is delivering medals at the Asian Games. That’s the reason we will leap frog over taekwondo or judo which isn’t bringing big medals,” said Suhel Ahmed of the Wushu Federation, who insists that India’s newest wushu heroes will be greeted to a ticker-tape parade when Wushu enthusiasts congregate in Srinagar. “We want to get good enough to beat the Chinese,” he adds.