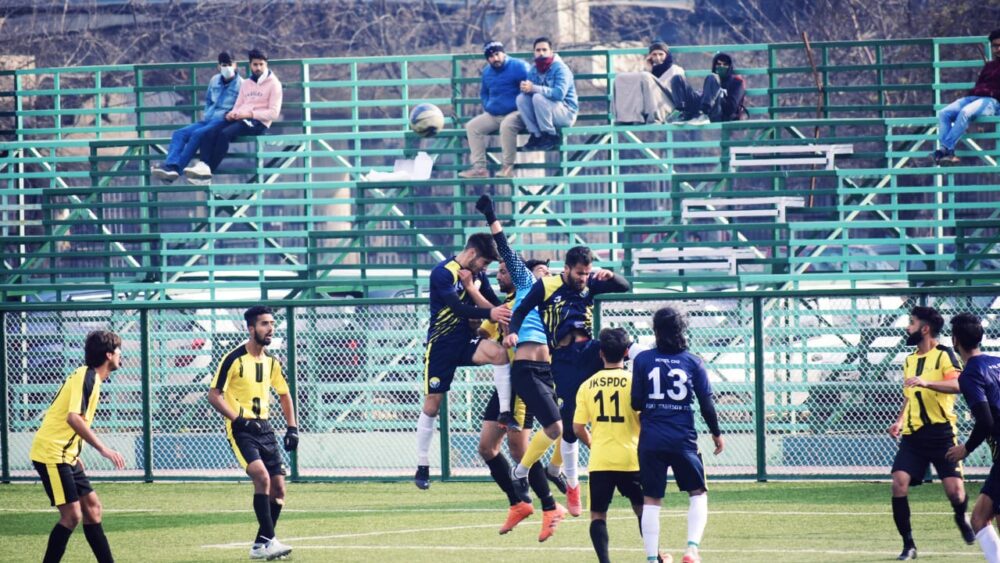 In the first J&K PDC clashed with Real Kashmir FC. From the start of the whistle both the teams played with attacking tactics and tried to score early. It was Real Kashmir FC who got the breakthrough in first half. After few minutes PDC Boys managed to score the equalizer. In the second half both teams tried hard but were unable to find the nets. The match ended at 1:1 score-line sharing a point each.

The second match of the day was played between AG’s XI and Arco FC. The match proved to be one of the best match of the league so for. Both the teams played end to end football throughout the match and tried hard to hit the nets. The match ended as goalless draw and both the teams shared a point each.

Large number of football fans witnessed today’s matches and enjoyed every moment of the game.