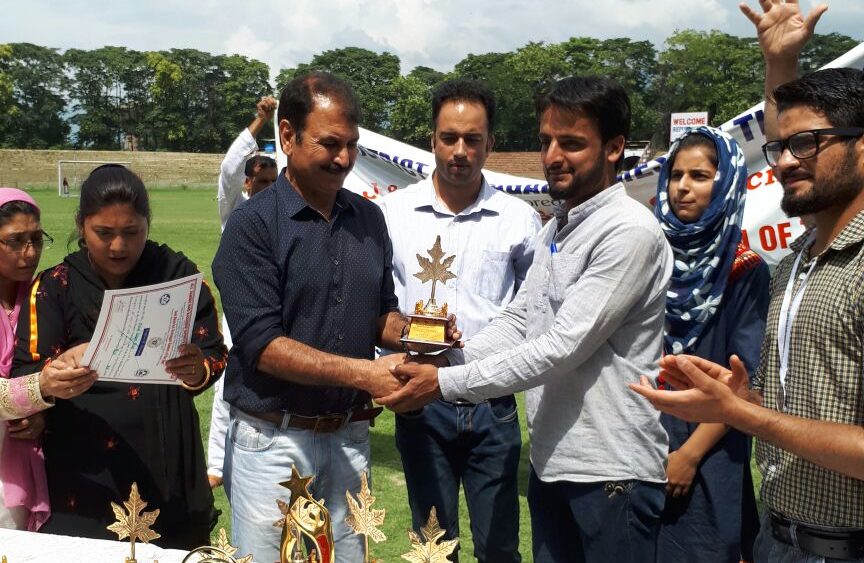 Srinagar: In yet another initiative to boost the morale of the sportspersons of Jammu and Kashmir, a two-day district championship for deaf and dumb players was held in Srinagar.

Around two hundred and fifty players participated in the championship who represented summer capital and Pulwama districts.

“The players participated in Volley ball, chess and various athletics championship,” he informed.

“Participation of the players in the events encouraged them and boosted their morale and we are hopeful that successes in such events will help them in their career,” he said.

Nazir said that the championship was being held by the district associations of Srinagar and Pulwama which are affiliated to J&K Deaf and Dumb Association which in itself is sponsored by J&K State Sports Council.

Earlier, he added, such events were held in Baramulla and Budgam districts as well.

On Sunday, a prize distribution ceremony was held in the stadium wherein the winners were felicitated with different prizes.