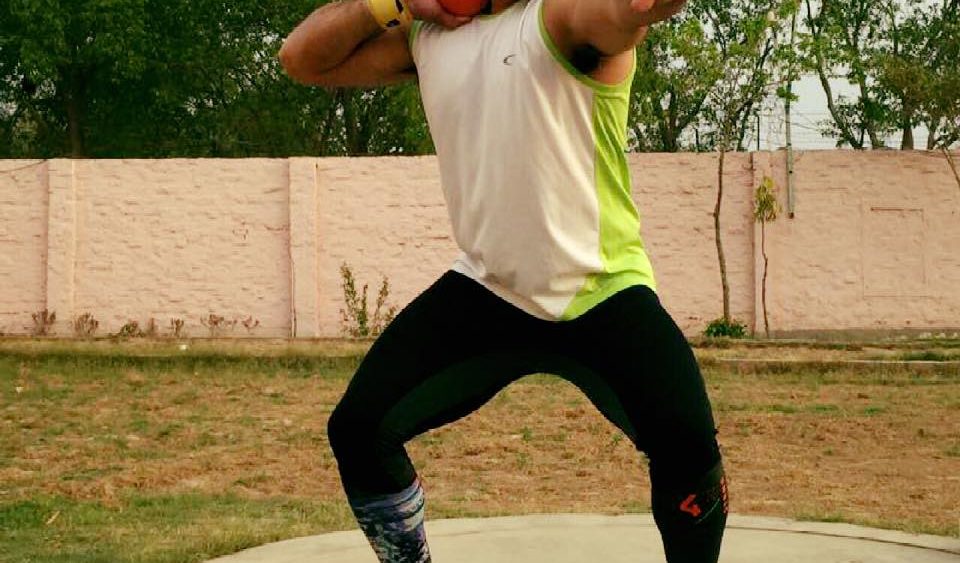 “Playing shot-put was never easy, by the help of God then my counselor and the support of my family; I got gold and a silver medal in this sport. I got best athlete award in Varanasi under- 19 in 2014. I was awarded with the certificate of excellence by the Prime Minister of India,” Saddam said.

Saddam Husain may have found it tough but, this national Athlete from Kashmir’s district of Bandipora, hoped that he will play one day for his own state.  “In Kashmir, everyone plays cricket, football, volleyball but no one plays shot-put. I want this game to initiate in Kashmir as well. This is an Olympic game, more and more people should get active with this game,” Saddam added.

Nineteen year old Saddam started his sports carrier from Haryana. “I was a student at Haryana in one of the colleges. When I saw the love and respect of people towards the sports players, I thought of getting into the sports,” he said. While pursuing degree in Haryana, Saddam took interest in sports.

In the year 2013, Saddam won bronze medal in 29th junior national Athletics championship, organized by Karnataka and Bangaluru. In 2013-2014 he won a gold medal in CBSC inter school sports and games competition. The academic exposure and hard work made him won number of medals.

Saddam has always been enthusiastic and dedicated towards both academics and sports. Being a meritorious student in the CBSE boards and a best athlete, Saddam was awarded with certificate of excellence in Vighyan Bhavan at Delhi. He was also awarded with a certificate by the then human resource minister Zubin Irani.

“With the passing time I started getting serious in sports. I got gold and a bronze medal. This made me to earn recognition in the field of sports,” he added.

While he has played lot of matches for Haryana, Saddam realized to represent his own state and further to country. “I want to play for my own state and country and want to make my state proud of me. I want take many other young boys and girls in this sport,” Saddam added.

Some days back, Saddam has also visited Jammu and Kashmir State Sports Council for this purpose, from where he has got a good response. “I have got a good response from sports council. I will be soon representing my own state and one day I will surely represent my country,” Saddam said.

“I request more and more people to participate in games. It is not necessary that one has to be a winner always, to participate is a big achievement in itself,” Saddam further added.

Saddam believes that every boy and girl should get into sports. “By participating, one realizes that what hard work and competition is. The craze of sports is increasing day by day and it is good for physical and mental health as well,” he added.