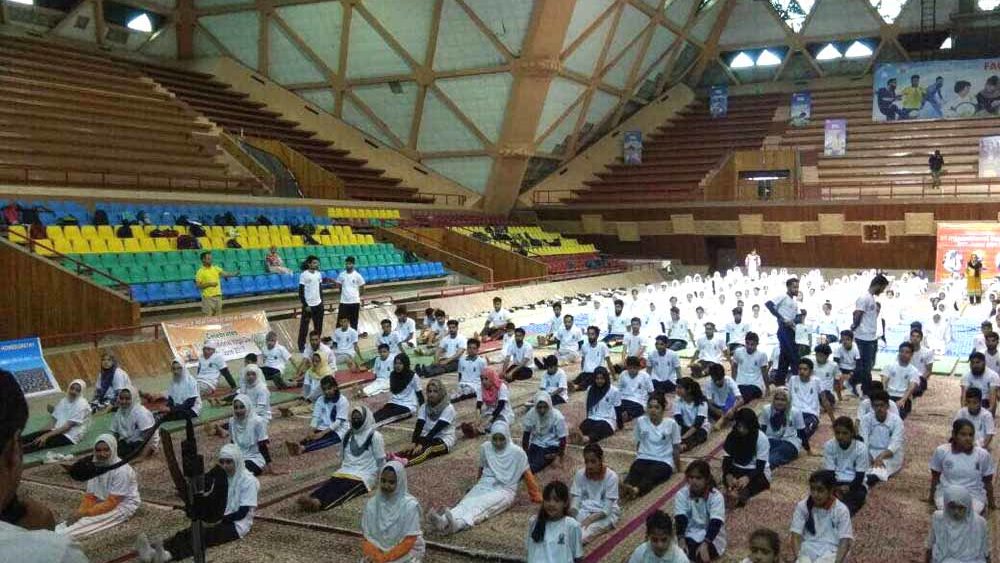 Thousands of youngsters, including hijab-wearing girls, participated in Sports Council organised event marking the International Day of Yoga in the Kashmir valley on Wednesday despite the heavy rains.
Over 700 students performed ‘asanas’ (postures) at Indoor Sports Stadium Srinagar in the Kashmir region.
The biggest Yoga Day event was held in Srinagar’s Indoor Sports Stadium which was shifted here from Bakshi Sports Stadium due to the heavy rains. Meanwhile, reports said that the same number participated in an event held at Leh in the high-altitude Ladakh region.
“These students had undergone structured training by trained yoga instructors,” said Secretary J&K State Sports Council, Waheed Ur Rehman Parra.
“The standard of performing yoga was evident with the synchronised and well-timed movements as well as the confidence and ease with which these students performed in unison today,” added Secretary Sports Council.
“The event was a phenomenal success and the credit goes to the students for their willing participation,” said Shabir Ahmad, the Yoga Coach.
Meanwhile, the Yoga Day is a pet project of Prime Minister Narendra Modi, who joined tens of thousands in performing asanas. Events were also organised across the country.