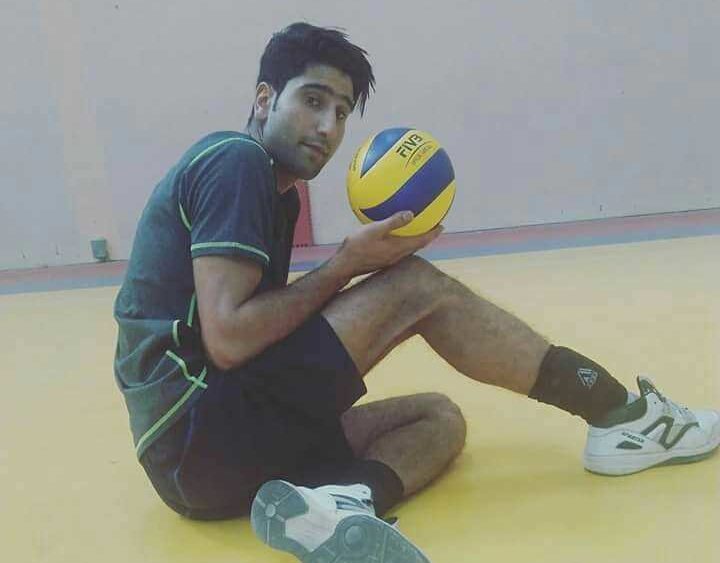 Sports Council expresses grief over the death of volleyball Player

SRINAGAR: (RK Report) The star volleyball player of Jammu and Kashmir, Showkat Ahmad Dar nick named Jassy passed away on Sunday when he was playing volleyball match against Punjab team at Harnag, Anantnag.

According to the close friends of Showkat, he collapsed in the middle of the match due to cardiac arrest. He collapsed soon after striking the winning shot in set number three and thoroughly celebrated the victory over that set before his sudden death.

However, Showkat was immediately taken to the nearby hospital, Janglat Mandi, Anantnag but he breathed his last on the way to hospital.

Showkat, 20, is survived by his parent, Gul Mohammad Dar and Misra Bano besides three siblings, two brothers and a sister.

Hailing from Bugund Kulgam, Showkat was a star Spiker of the state and has represented the State three-times consecutively in National Volleyball Championships.

“Despite his young age he played three senior nationals and one youth national such was his potential and calibre. He was highly talented player from the state and played directly at senior level,” said Muneer Alam one of his coach.

Showkat with his excellent performance in volleyball was also tipped for selection trials of Indian Volleyball team under-20 held at Aurangabad, Maharashtra by Volleyball Federation of India (VFI) in March, 2018.

Muneer said, “In the last senior nationals, VFI has asked him to come for trials for Youth Nationals and Jassy was the first lad from Kashmir Division who got selected for the Youth trials which was something for us to cheer about.”

Showkat was bestowed with the good height besides stature and skills which were complimentary for his universal attacking technique.

Adding, “Since Jassy came into this game, Volleyball flourished in the state and people felt his importance for this game. It is because of Showkat that Volleyball gained popularity in the state. It’s a huge setback for the whole Volleyball fraternity besides for state on losing such a gem.”

He further said that he had a firm belief before Showkat’s unexpected demise that Showkat will qualify for the international level once.

“It is a personal loss to me as he was like my own son. I extend my heartfelt condolences to the bereaved family,” Muneer adds.

Executive member of Volleyball Association of J&K (VAJK), Mohammad Tariq told Rising Kashmir that Showkat was an extraordinary spiker and his demise is a huge loss to the VAJK besides for the whole State.

“He had an inborn volleyball talent and within no time he reached at senior level. He was dominant and number one universal attacker and there is no substitute of him in the state,” he said and expressed solidarity with the bereaved family.

“We deeply condole the sudden demise of Showkat Ahmad Dar a leading National Volleyball player from Kulgam district of J&K state.  The office bearers of volleyball association of J&K deprive off his presence in volleyball arena & pray to Almighty for resting his soul in peace,” they said in a statement.