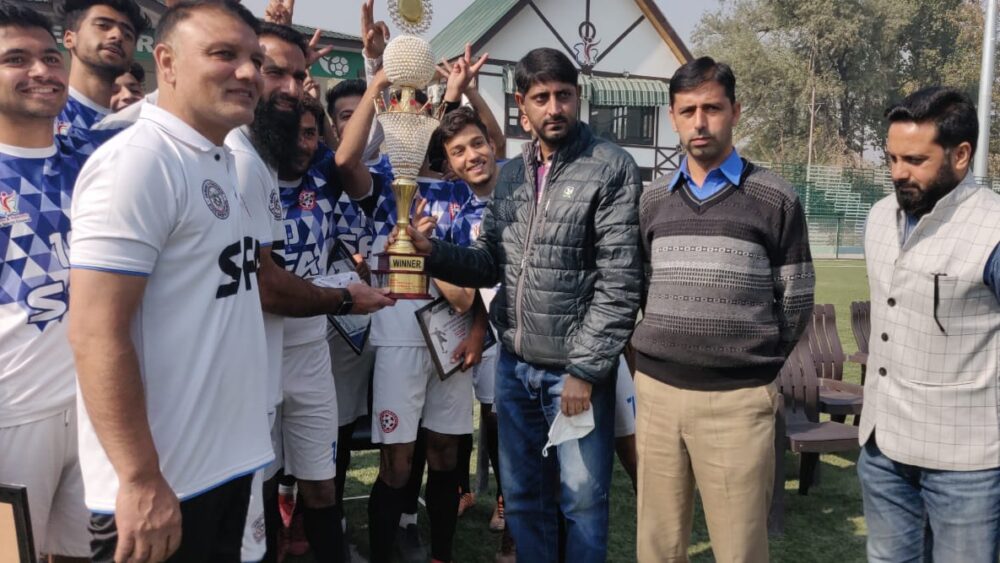 Secretary visited TRC Turf Stadium this morning where he interacted with players and officials of the Academy and congratulated them for winning the title in which top players of J&K were competing.

While interacting with players he said “SCFA is meant for grooming local talent and it is good to see our young lads are competing against best side of J&K and have also started winning the titles”. We are here to provide every possible support and encouragement to players who have potential and ambition to play at highest level competitions of the country, he added.

Secretary also had a word with incharge Academy and former International player Mehraj Ud Din Wadoo regarding the improvisation in facilities, structure and future plans of the Academy in presence of Technical Director Sajid Yousuf and Assistant Coach Javeed Sofi.