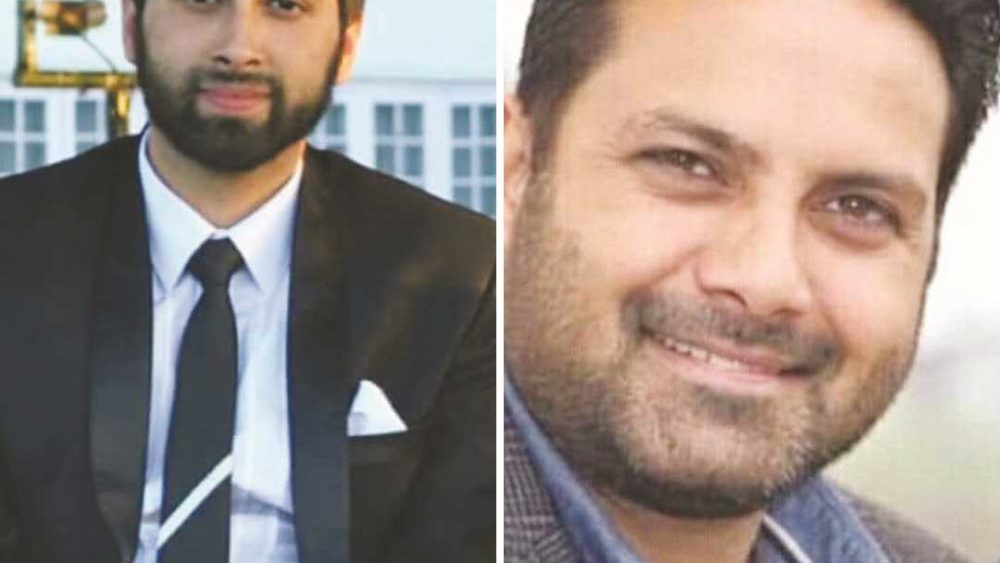 Srinagar: Jammu and Kashmir got its first Match Commissioners, Sameer Qayoom and Majid Yousuf Dar, after they successfully cleared the tests for Match Commissioner conducted by All India Football Federation (AIFF) in August at Delhi. The results of which were declared on Tuesday.
Pertinently, AIFF conducted two seminars of Match Commissioners which was followed by online and written test besides Group Discussion that were held at two venues Delhi and Mumbai respectively.
The seminar was conducted under the supervision of senior referees of India, who were appointed by FIFA for the job.
Almost 52 candidates from across India appeared in the seminar cum examination out of which sixteen candidates including Sameer Qayoom and Majid Yousuf Dar from J&K qualified the test.
Sameer Qayoom is a sports entrepreneur and an award winning footballer. He has received the BITSA 30 Under 30 award for his excellence in sports.
Talking to Rising Kashmir, Sameer Qayoom said it was a good experience and interactive session.
“It was interactive session and fruitful as they educated us about all the laws. They give us a very good briefing on the whole session and how to officiate and manage all this, which was very wonderful.”
Coming from IT background, Sameer has also organised many events in football and has been passionately working for the betterment of the game.
“The role of match commissioner is to officiate a match and to make sure all the laws of the game are followed. He also looks after the proceedings during the game so that nobody breaks the law. After the match, the Match Commissioner has to frame a match report,” Sameer explains.
The candidates possessing the football background, IT skills, sports management, good communication skills were eligible for the course.
“It is not a difficult task to crack. The important in it is to have prior knowledge about the game and IT skills if you have these prior requirements then you should be able to do well in the seminar.”
Majid, 39, a well known footballer has contributed a lot in professionalizing the game of football in J&K.
He said the overall experience was good and the role suits his management background.
“I am all set to execute the new role and it is great honour for me. The Match Commissioner is the ultimate boss on the ground. Earlier, this job was done by senior referees but now as the game evolved with time. AIFF felt the need of producing professionals who can officiate the match and kept eagles’ eye on and off the field,” he said.
Majid, who is currently working with J&K State Sports Council said, “It depends on the performance of Match Commissioner, how well he is doing this job.”
“We have to take care that teams should come up on the field as per schedule, ambulance should be present before the match began, only two persons should accompany VIP’s, no escorts on the field are allowed, etc.,” he said and adds, “If the person is given home match then these regulations don’t prove effective so to make the role of Match Commissioners effective, AIFF reshuffle Match Commissioners from one state to another.”
To have pool of professionals, AIFF, the governing body of football in India, conducts Match Commissioner course every year to identify best people, who can take important assignments of officiating matches at highest level of the country.
“This course has changed my role. I used to be the representative of Jammu and Kashmir Football Association now I will be the employee and representative of AIFF,” Majid said.
The duo are closely associated with Jammu and Kashmir Football Association (JKFA) and both the candidates were nominated by the JKFA President Zameer Ahmad Thakur for the seminar.
After hearing the news about their clearance in Match Commissioner session 2018, JKFA also expressed their gratitude.
In a statement, JKFA President and officials congratulated the duo and said that the whole football fraternity is feeling proud as this has opened another way for new aspirants to follow .
“Their appointment strengthens the position of JKFA in national football circle and we act as examples for other states to follow. Their appointment will definitely enhance the reputation of state at national arena,” reads the statement.