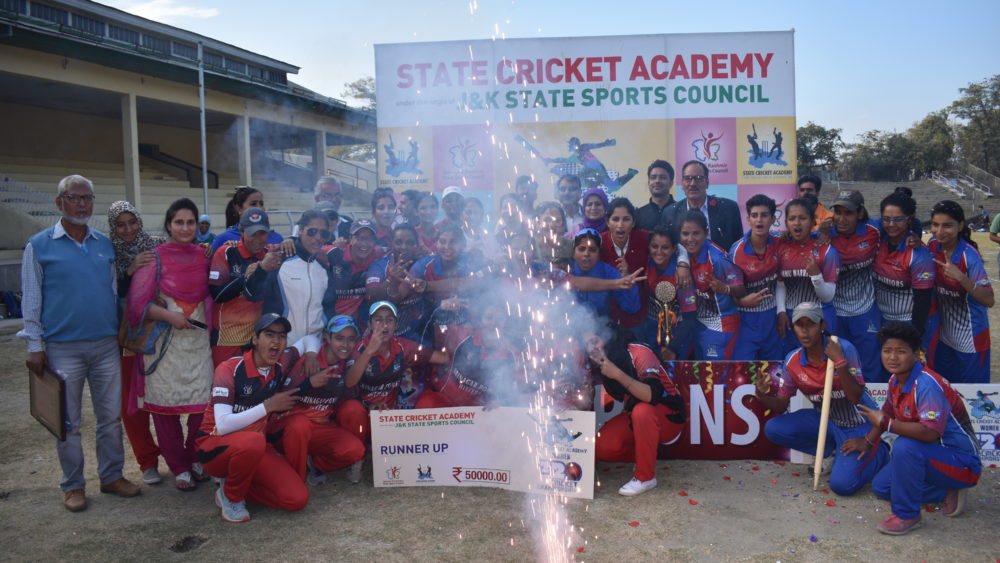 Put into bat first by Srinagar Power Hitters, Jammu Warriors posted a decent score of 120 for the loss of four wickets in the allotted 20 overs. Anju Choudary was the highest scorer making 46 while Sarla Devi and Ankita Jalla contributed 28 and 23 respectively. Hinan took two wickets for Power Hitters.

In reply, Srinagar Power Hitters could just manage 88 for the loss of nine wickets. Bushra was the only batswoman who showed the fight making 24. Sarla Devi took three wickets for the winning side. For her all-round brilliance, Sarla Devi was adjudged player of the match.

Nayeema Ahmad Mehjoor-Chairman State Women’s Commission- was the chief guest on the occasion who gave away awards to winners and runner ups.

First of its kind for women, the tournament was organised by Jammu and Kashmir State Sports Council’s State Cricket Academy in which as many as 14 teams participated.  Jammu Warriors proved to be the most consistent team from the word go and made sure they go the distance in the style.

Women of the Series: Ankita Jalla

Player of the Match: Sarla Devi