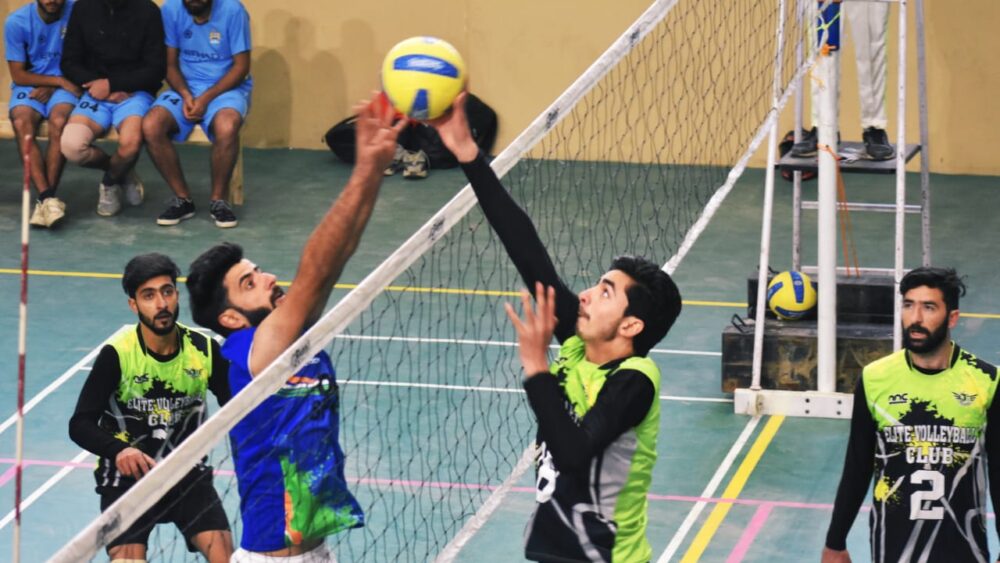 In the ongoing JKSC Premier League three matches were played today in Volleyball discipline at Mini Indoor Stadium Pologround Srinagar. In the first match Real Leathers Elites beat Dhara Warriors in 4 sets by score 26/24,23/25,25/21 and 25/21.
The second match was played between Tailbal Tigers and M. I Lasjan Lions which was won by Tailbal Tigers in five sets by 25/23,18/25,15/25, 25/18 and 15/8.
Third match of the day was played between and MKM Balhama Blasters and Go Amir Elites which was won by Go Amir Elites in three straight sets by score 25/18,25/22 and 27/25.

At Synthetic Turf Football Stadium Srinagar two matches were played today. In the first match Lonestar FC beat Real Kashmir FC by 5 goals to 3. The second match of the day was played between Hyderya FC and Food & Supplies Football team which ended in goalless draw.