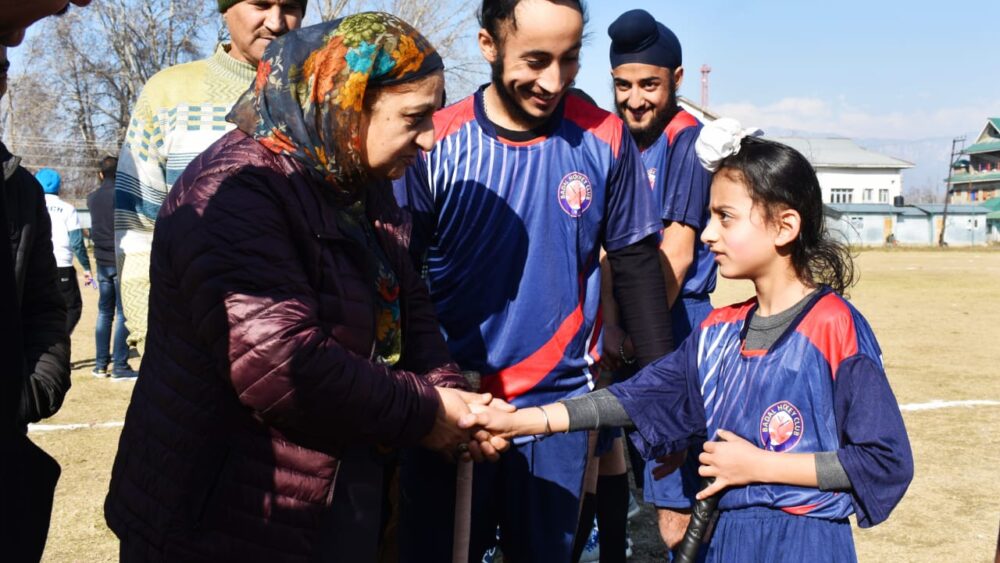 The second match of the day was played between Dhara Warriors and Go Amir Elites which was won by Go Amir Elites in three sets by 25/14,25/19 and 25/20.

A large number of Volleyball fans were present in the stadium and hailed the initiative of Sports Council for being organising Volleyball matches in Indoors.

Divisional Sports Officer Kashmir Mrs Nuzhat Ara was Chief Guest on the today’s event. This is first time that Volleyball matches were conducted in Indoor hall Pologround, she said.

The second match of the day was played between J&K Bank and AG’s XI which was won by J&K Bank by 4:1 This was fourth consecutive win for J&K Bank thus dominating the league so far.