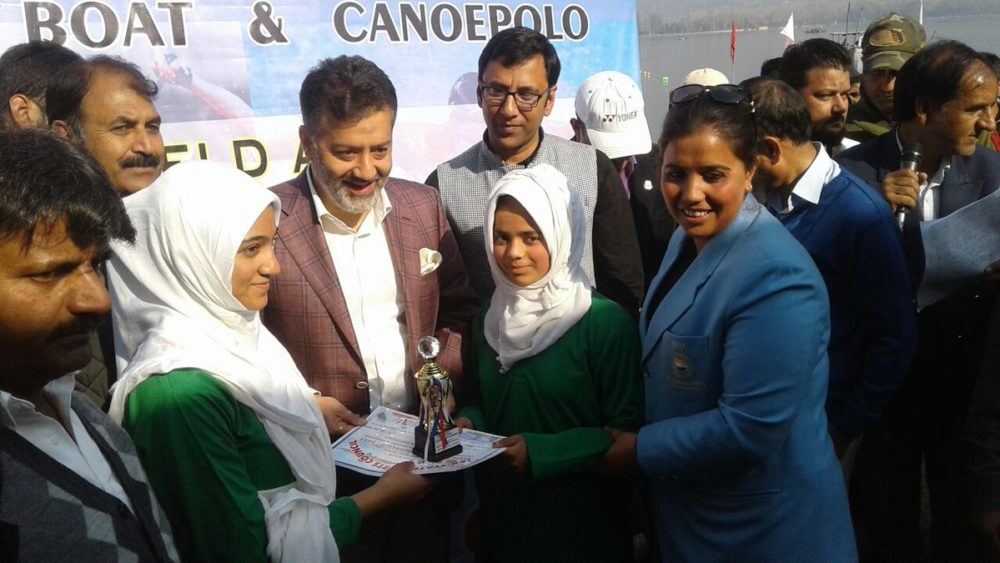 Manasbal and Nigeen lake to be developed on modern lines for Water Sports: Imran Ansari

The players have now set their eyes on getting laurels for the State in the upcoming National Championship at Bhopal which is going to be held in the month of November. They will be participating under the banner of J and K state sports council.

Adil Mohideen, an international player who was also participating in the state level championship said, “Jammu and Kashmir government is taking keen interest in water sports.” He further added that Government provided us with international standard equipments in water Sports and also with good coaches.

While speaking on the conclusion ceremony, Minister for Youth Services and Sports, Molvi Imran Reza Ansari congratulated the participants for participating in the championship and wished them luck.

Secretary Sports Council, Waheed Ur Rehman Para congratulated the participants and the coaches for making the efforts to make this state championship a success. He wished best of luck to the players who are going to participate in the Nationals at Bhopal.