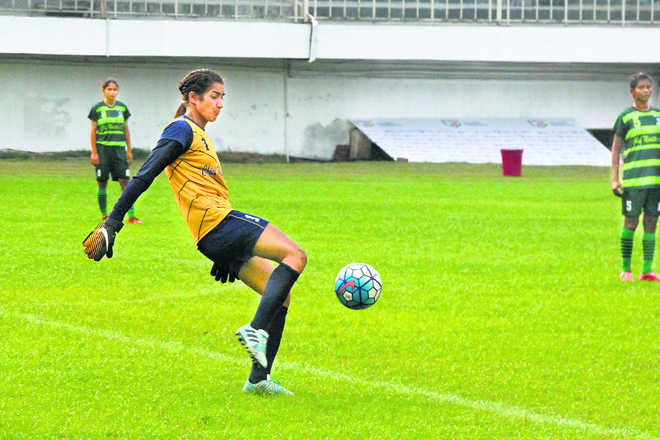 A kick-off with a brand new life

Meet these three young women, who dared to choose a career they loved, not the ones their parents decided for them. And they are happy, promising to attain greater heights

In April this year, a picture of girl students throwing rocks at security forces became a defining image of the resentment and anger in the region. At the centre of this image was 23-year-old Afshan Ashiq, a footballer, carrying a stone which she appeared to aim at a police vehicle. “I am not a stone-thrower, was never one and will never be. I want to be known as a footballer,” says Afshan. Her transition from being a student from Kashmir to an aspiring footballer has seen a usual struggle between what a woman ‘should’ do and what she does feel like doing. So far, she is through half-way: a sporting career looks right ahead.The April incident, Afshan says, was “a reaction to the police using harsh language with me and other girls”. “We had to defend ourselves.”Afshan has moved past that image with help from the state government. She met chief minister Mehbooba Mufti who decided to do her bit to promote both Afshan and women’s football in the state. Afshan is now the captain and goalkeeper of the J&K team competing in the Indian Women’s League which had the first season kicking off in Cuttack in October last year. The league is run by the All India Football Federation.Afshan is training in Mumbai and aims to play for the Indian side. “Mumbai is completely a new world,” she says. “People are professional. There is competition and exposure.” She plays for a Mumbai club and has even inspired a Bollywood biopic on her life.

“Many girls in Kashmir sacrifice their dreams to a mindset. I am happy I have been able to convince my parents about my career. They are happy,” she said. Her tenacity has led the state government to actively support sporting talents. “We are taking multiple initiatives such as opening academies with professional coaches to train the youth in various sports,” says secretary, J&K State Sports Council, Waheed-ur-Rehman Para.