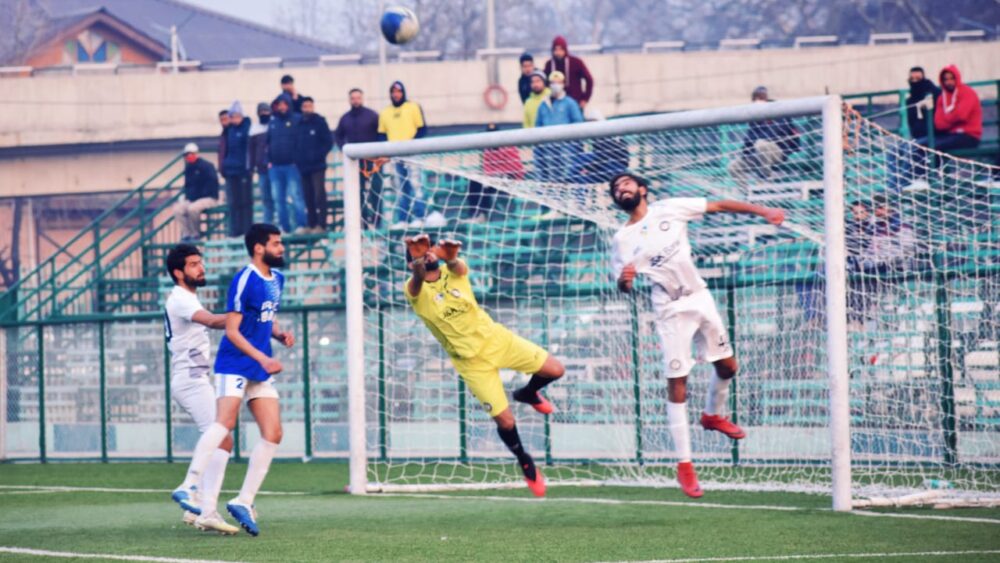 Srinagar: In the ongoing JKSC premier league two matches were played today at Synthetic Turf Football Stadium Srinagar. The first match between AG’s FC and Downtown Heroes FC ended in a draw with both teams scoring one goal each.

The second match between J&K Bank and Arco FC turned out to be a high voltage contest as both teams played excellent football. The football fans turned in large numbers enjoyed and cheered every moment of game. The match ended with the win for J&K Bank thus leading the pool table with their fifth consecutive win and became the first team to qualify for Phase 2 from Srinagar.

Sarmad Hafeez (IAS), Commissioner Secretary Youth Service and Sports, Govt. of J&K interacted with the volleyball players before the start of the matches. Volleyball players thanked him for providing indoor sports facilities to conduct the premier league matches where they are enjoying their matches the most.