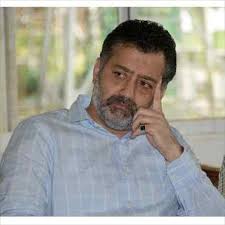 Team will participate in Indian Women’s League at Maharashtra

SRINAGAR, November 22: For the first time state’s own team will be playing in coming Indian Women League. The initiative of JKSSC to promote the game of football in every nook and corner of the state is proving fruitful as the team is gearing up to compete with the big clubs of the country.

“It is such a great initiative; I compliment the efforts of our young girls for the team who will be participating in I-League. It is heartening to see girls taking part in the leagues with such a great enthusiasm,” Ansari said.

He further added that, “Women football in the country had developed over the years and we don’t want to be behind. We are putting up our mark in the women’s football this year and I believe in the coming years we will see our women’s football developing like the other states.” Said Ansari

It is pertinent to mention here that the women’s team is first of its kind of the state with the name Chief Minister’s Women XI who will be participating in the League.

Secretary Sports Council Waheed Ur Rehman said that this is for the first time our girls will be playing on such a big platform, even though women football is not that much developed in the state, but we hope that the initiative like this, our girls can get better in the coming time.

He further added that we want to give equal opportunity to the girls so that they can also prove their mettle in the field of football.

International Football coach and Technical Director of State Football Academy Saajid Yousuf said that this is indeed a beginning and a much needed step towards the development of women’s football.