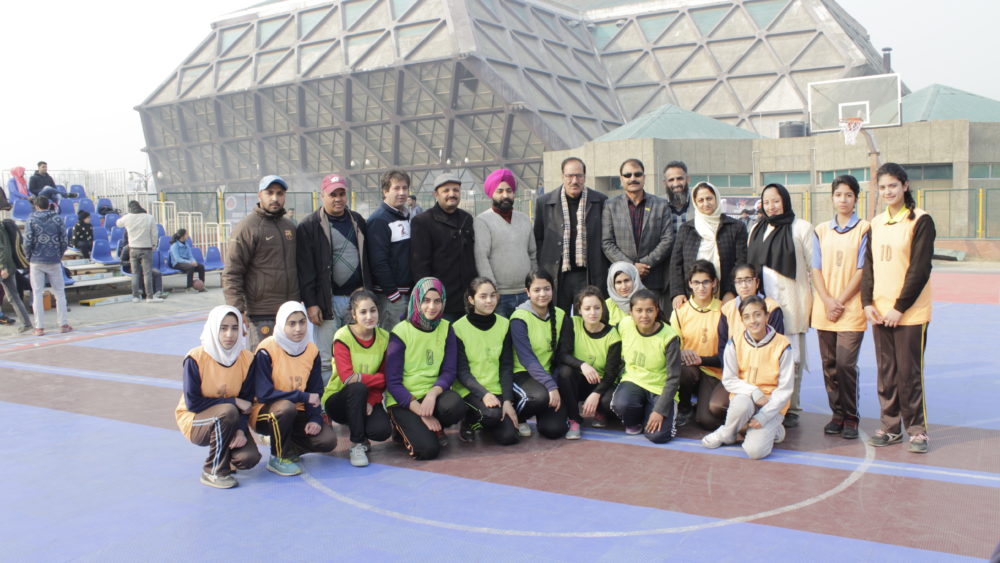 SRINAGAR: Green End Senior district Basketball championship begins here at indoor stadium Srinagar on Thursday. Almost 200 players from Kashmir are participating in both boys and girls category of all age groups.
On the opening ceremony of the championship Nazir Ahmad- joint secretary Kashmir, sports council, professor Bashir Ahmad- member J&K sports council, Nusrat Ara- divisional sports officer, sports council were present.
On this occasion Nazir Ahmad gave an inspiring speech to the players and wished them good luck for the tournament. He also said that such tournament should be organized and is good for budding players.
“Such platforms should be provided to the budding players, so that they can show their talent.” He added.
On speaking to one the officials Mr. Dilbagh Singh, he said, “such tournaments are good opportunities for both players and in promoting the game.”
Coach Meer Mursaleen said,”players are showing up a lot of enthusiasm and I hope same could be seen by the end of the tournament”
A senior player Syed Mir Waleed said, “such championships should be organized more often to boost the morale of players and in improving their game.”
The championship is being organized by green end corporation and Srinagar basket ball association. The tournament is being played from 7thh December to 10th of December.