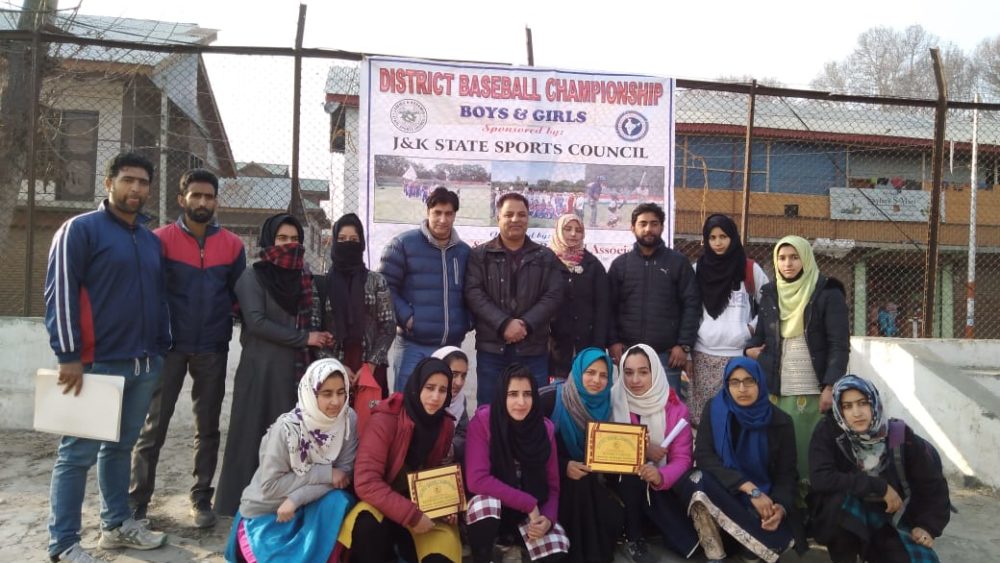 While as in girls category Wahidpora baseball club defeated Gangerhama Club by a margin of 5: 3 homes Insha and Samreena played excellently and scored 2 homes each for the winning of her team.

During the championships a team of 16 members each boys and girls was picked up for the up coming 13th state level baseball championships which is scheduled to be held at Srinagar .

Besides Professor Mushtaq Ahmad Azad of Government College of Physical Education, Ganderbal was the chief guest on the occasion who distributed the prizes among the Winner’s and Runner up teams .

While as Fida Hassain Fidvi , Ex General Secretary J&K Baseball Association was also present on the concluding function.  Speaking on the occasion ,Fidvi  said ,” it is a great thing that the championships was organized successfully in the district especially in this US based Sport . I congratulate the participants for showing their interest in this game and hope that in future there would be many more such tournaments”. Stressing on the players to have proper academic qualification besides their participation in sports , Fidvi said,” this game has got a good future in our state and is categorized under ” A category ” sport of sports policy of J&K state govt. but the players who want to play baseball should also concentrate on their studies, said fidvi.”

Large number of spectator’s, students and teaching staff witnessed the concluding ceremony of the said championships which was organised by the Ganderbal District Baseball Association and was sponsored by the J&K State Sports Council under the auspices of J&K Baseball Association.