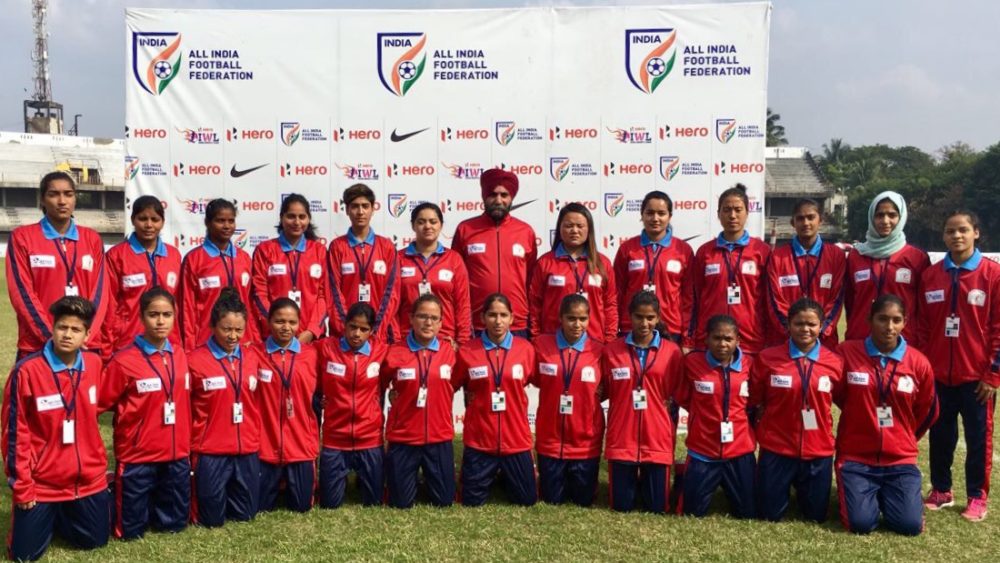 Srinagar: The first ever women’s professional team from J&K endured it’s memorable debut campaign in the Indian Women’s League Qualifiers IWL 2017-18 at Kohlapur Maharashtra. The team registered their first historic win as well as a walkover and a few losses in a five match campaign to come out with credible debut season.

An initiative by the State Jammu and Kashmir, as the first ever professional women’s team from the State was formed for the National level competitions-IWL.

“Giving a chance for the local girls to showcase their talent at the national and highest level in the country and put themselves on the football map will further support the cause of making J&K a Sports State,” said an official of J&K State Sports Council.

Meanwhile, the initiative was applauded by all corners of people and support poured in for the girls by J&K FA and AIFF. The team was formed with majority of local girls from the State from all three regions Kashmir, Jammu & Ladakh.

“It also included some players from outside State to strengthen the team for its first campaign and also to help the local girls to adjust as this was a new setup for all of them,” said Former National Women’s Team head coach, Saajid Yousuf.

The ultimate idea is to have a full fledged team of local players within a span of 3 to 5 years. The initiative was immensely supported by Chief Minister of the state Jammu and Kashmir Mehbooba Mufti and encouraged the entire team herself out rightly. Hon’ble Minister for Sports, IT and Technical Education Molvi Imran Reza Ansari, Secretary Sports Council Waheed Ur Rehman Parra were instrumental in the formation and launching of the team.

“Without their efforts it would have not been possible for such initiative to come to life,” said Tsering Angmo, Team Manager.

The main sponsor J&K Bank who has been known for promotion of sports in the State adored the initiative with open arms and gave its immense support to the team.

Meanwhile, the initiative has garnered a mass appeal and tremendous response all over the State and the country. It has given a new dimension to women’s sport in the State which is surely set to go for leaps and bounds and emerge as a empowering element in the coming time.