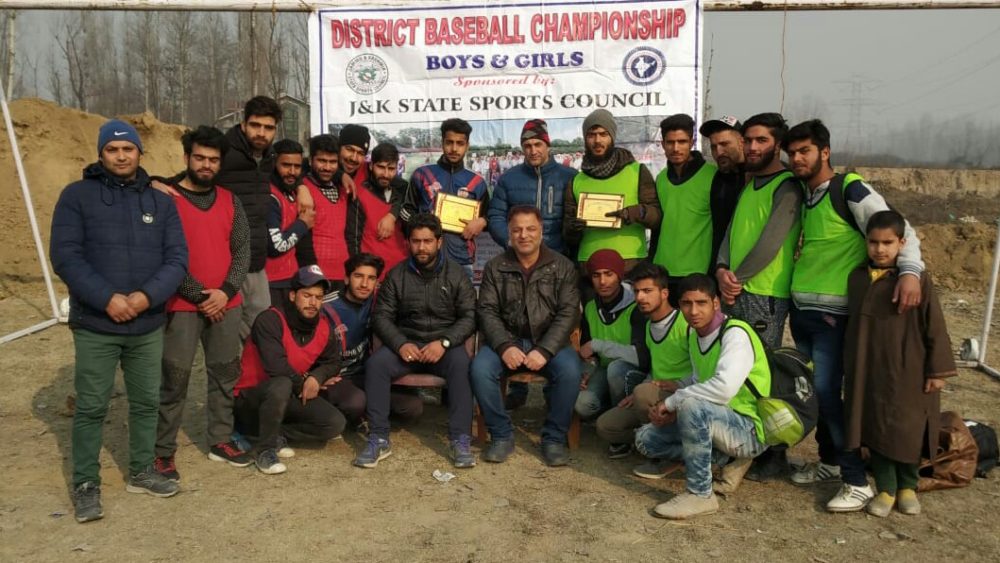 Al-Sehar Baseball Club lifted the Budgam Baseball title, 2018
Budgam :    Al-Sehar Baseball Club, Chattergam defeated KBC Baseball Club to lift the Budgam District Baseball Championship, 2018 by 12 to 1 home played at  SK Sports Field, Chattergam, Budgam said Sabreena Jan, General Secretary J&K Baseball Association in an handout issued . Salman, Adil, Nair and  Qouser of Al-Sehar club played excellently and scored 2 homes each for there team winning.
Later on the President , JKBA , distributed the prize’s and certificates among the Winners and Runner up teams. In his brief address he congratulated the winners and the Runners up teams and urged all the players to play the game and play it well. He congratulated the organisers also for smooth organisation of the tournament said Sabreena.
Pertinent to mention here that a team of 16 players each was picked up during the said  Championship for the upcoming 13th State level Baseball Championship, 2018-19 scheduled to be held at Srinagar.
Besides players large number of local youth and civil society members witness the closing ceremony of the championship. The championship was organized by the Budgam District Baseball Association and  was sponsored by the J&K State Sports Council.