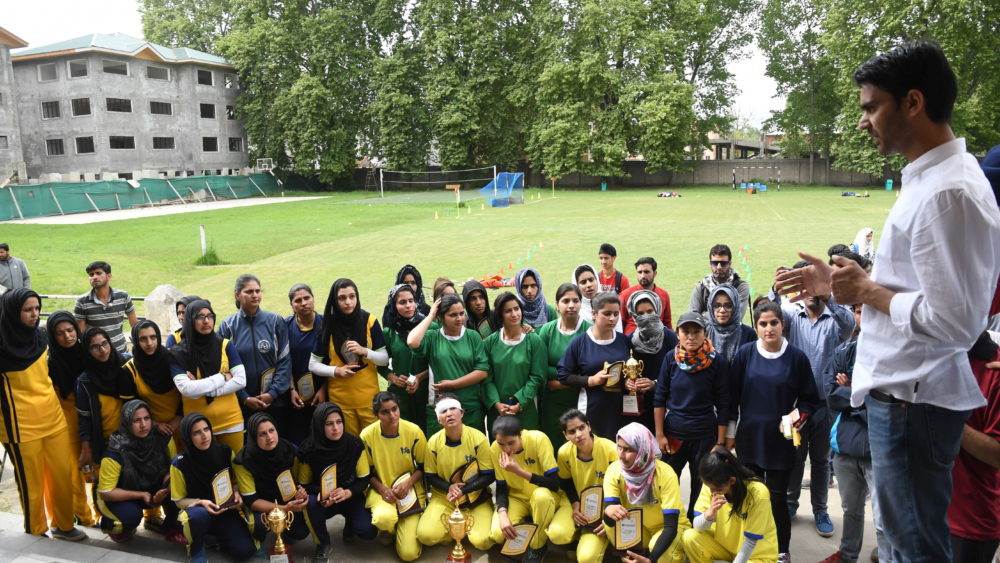 Srinagar: The hockey team of Women’s College, MA Road, today played for the final match of a tournament at its playground. The players were all contented as the hockey tournament of this kind for women was being held here for the first time in over two decades.

The organizers say the national sport was on the path of revival in the Valley.

“The finals were played today in between Women’s College MA Road and Physical College Ganderbal, whereas Women’s College emerged as winners.  As students showed keen interest in the sport, the hockey tournament for girls was held after more than 20 years,” said coach JS Mehta.

He said the tournament was special as they had managed to form eight teams having five players each in ground and two in waiting unlike the conventional 11.

“We played five-a-side and managed to form eight teams. We received good support from colleges of Baramulla and Ganderbal besides other higher education institutions and clubs. The girls are enthusiastic and we are happy that the sport is reviving,” coach said.

After 20 years, hockey tournament was organized by Kashmir Hockey Academy in collaboration with J&K State Sports Council for revival of women’s hockey in Kashmir.

Secretary J&K State Sports Council, Waheed Ur Rehman Parra who was present on the occasion as Chief Guest said, “It is very encouraging to see the women’s tournament being held after a gap of 20 years. It will certainly encourage others for the discipline and will bring more youth into the field of sports.” He further added that such tournaments will be held in future also.