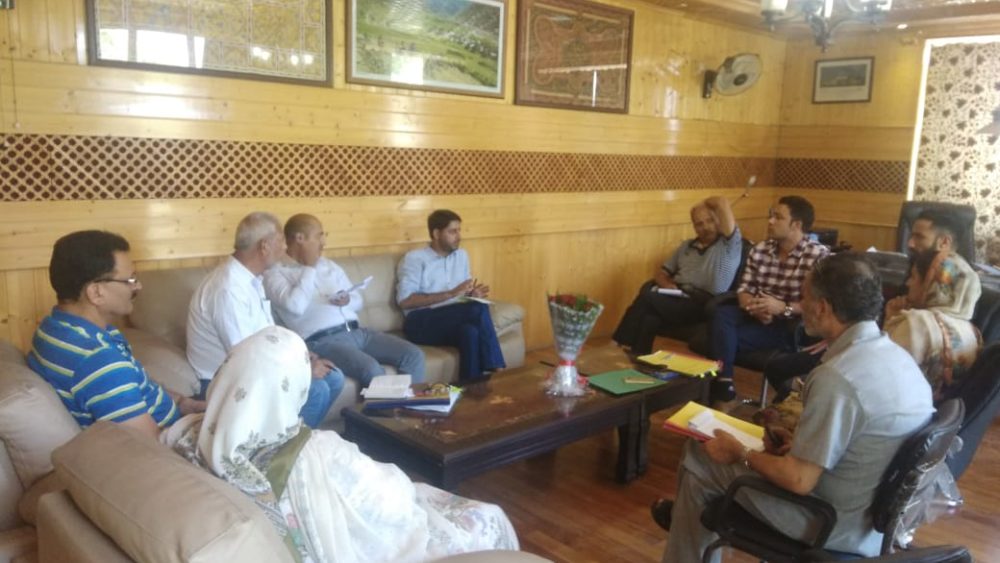 Sought suggestions for synchronization of all sports activities: Choudhary
SRINAGAR: With an aim to bring sports at grass roots and develop sports as a culture among the youth of the state, J&K State Sports Council (JKSSC) convened meeting of its officials, and representatives of State Football and Cricket Academies on Wednesday at his office room.
“A meeting was convened by the Secretary Sports Council wherein all sports council employees and representatives of football and cricket academies were called for suggestions to make sports activities vibrant in the state, ” informed an official of the sports council.
In the meeting the deliberations were held on the functioning of the Council and empanelment of the coaches.
Deliberations were also held on to bring the transparency and accountability in the system by solving the various watch and ward besides housekeeping issues.
Meanwhile, the revenue generation for the sports council, which is the apex body, and was recently granted the financial autonomy was also discussed in the meeting.
For the upliftment of cricket and football, most popular games in the state, the representatives of both the academies were asked to identify and nurture the talent for the overall promotion of these sports disciplines in the state besides suggestions and proposals were sought in order to take them up to facilitate the sporting activities in the state.
Secretary Sports Council also sought the report and monitoring of the ongoing developmental works and directed the officials for speedy work of all projects in order to facilitate and provide space to more aspiring and budding sports persons of the state